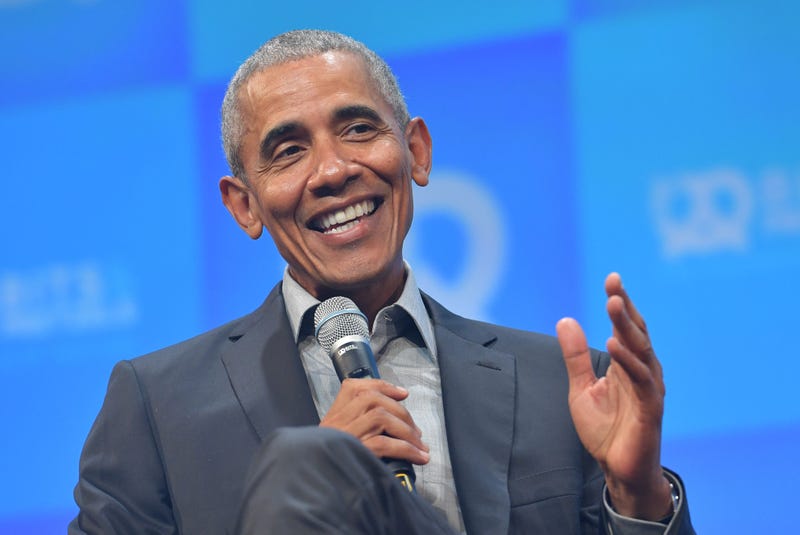 Former president Barack Obama announced a release date for 'A Promised Land' The Presidential Memoirs, Volume One on Thursday.  "A riveting, deeply personal account of history in the making—from the president who inspired us to believe in the power of democracy," according to the book's official website.

The highly-anticipated first set of Obama's memoirs will detail his journey through politics and several notable moments in the first term of his presidency—a time of dramatic transformation and turmoil.

"Obama takes readers on a compelling journey from his earliest political aspirations to the pivotal Iowa caucus victory that demonstrated the power of grassroots activism to the watershed night of November 4, 2008, when he was elected 44th president of the United States, becoming the first African American to hold the nation’s highest office."

He'll also touch on accounts from inside the Oval Office and the White House Situation Room, as well as foreign relations matters. Some previously unreleased details about assembling his cabinet, wrestling with a global financial crisis, the passage of the Affordable Care Act, and Wall Street reform.

"A Promised Land is extraordinarily intimate and introspective—the story of one man’s bet with history, the faith of a community organizer tested on the world stage. Obama is candid about the balancing act of running for office as a Black American, bearing the expectations of a generation buoyed by messages of “hope and change,” and meeting the moral challenges of high-stakes decision-making. He is frank about the forces that opposed him at home and abroad, open about how living in the White House affected his wife and daughters, and unafraid to reveal self-doubt and disappointment. Yet he never wavers from his belief that inside the great, ongoing American experiment, progress is always possible."

The Obamas signed with Penguin Random House in 2017. While the financial terms of the agreement were not released, the former president’s book was expected to garner the largest advance for any ex-president. The previous record is believed to be $15 million for Bill Clinton’s “My Life.”

A sixth book by the former president since 1995, and first since leaving office four years ago, 'A Promised Land' is scheduled to be released on November 17, 2020. More information can be found at Obamabook.com.