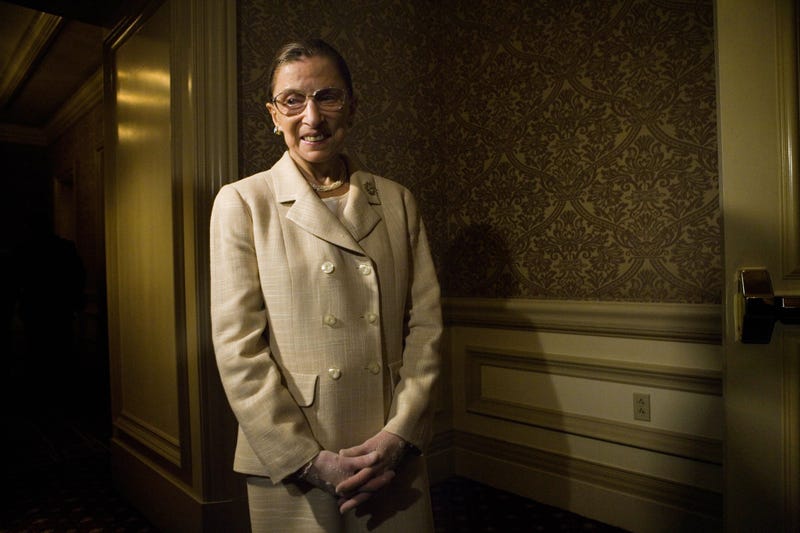 Ruth Bader Ginsburg, a pioneer for civil rights and the second woman named to the nation's highest court, died on Friday due to complications of metastatic pancreas cancer. Her prowess was often noted over the past several decades, leading Ginsburg to become a cultural icon. She was 87.

The Supreme Court confirmed her passing in a statement.

Sworn in as the 107th judge to reach the court, Ginsburg is now one of four women to ever serve, following in the footsteps of trailblazer Sandra Day O' Connor.

Ginsburg arrived to take her seat on the court's bench in October 1993. When President Bill Clinton nominated the 60-year-old judge, she broke through to succeed Justice Byron "Whizzer" White, an appointee of President John F. Kennedy, who was retiring after 31 years. According to the New York Times, Ginsburg's Senate confirmation "seven weeks later, by a vote of 96 to 3, ended a drought in Democratic appointments to the Supreme Court that extended back to President Lyndon B. Johnson’s nomination of Thurgood Marshall 26 years earlier."

In recent years referred to by devotees as the Notorious R.B.G., the Justice dealt with health problems throughout her life. A three-time cancer survivor prior to her most recent bout with the disease. Two small tumors were found in one of her lungs during a follow-up for broken ribs in December 2018. She also received a stent to clear a blocked artery in 2014.

As Justice Ginsburg passed her 80th birthday and 20th anniversary on the Supreme Court bench during President Barack Obama’s second term, she shrugged off a chorus of calls for her to retire in order to give a Democratic president the chance to name her replacement. She planned to stay “as long as I can do the job full steam,” she would say, sometimes adding, “There will be a president after this one, and I’m hopeful that that president will be a fine president.”

Those words from Ginsburg remained strong until her death. In a statement released by her granddaughter, Justice Ginsburg said: "My most fervent wish is that I will not be replaced until a new president is installed."

U.S. Senate majority leader Mitch McConnell vowed to replace Ginsburg in the coming weeks. In a statement on Friday night, he said an unnamed nominee by President Trump will "receive a vote on the floor."

The Senate and the nation mourn the passing of Justice Ruth Bader Ginsburg and the conclusion of her extraordinary American life.