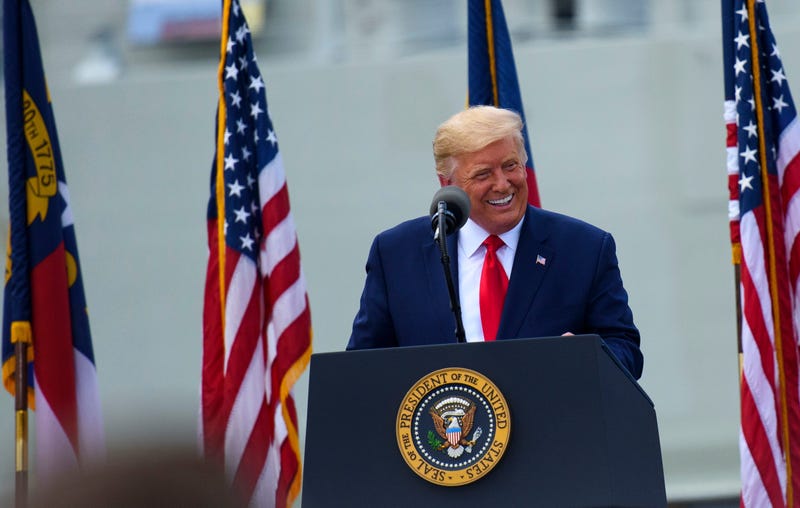 President Trump stopped in the Tar Heel state on Wednesday. Among the comments he made while greeting supporters on the tarmac in Wilmington was urging voters to make their vote count —twice.

“So send it in early and then go and vote,” Trump said. “You can’t let them take your vote away; these people are playing dirty politics. So, if you have an absentee ballot-- you send it in, but I’d check it, follow it and go vote." 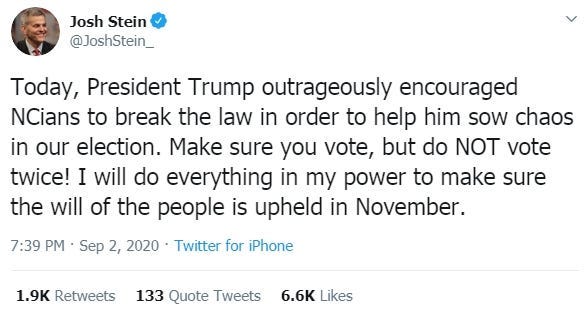 Trump's misinterpreted encouragement might have been cleared up by what he told a local reporter. "Send in your ballots, send them in strong — whether it's solicited or unsolicited," the president said. "The absentees are fine — we have to work to get them. And then send them in, but you go to vote. And if they haven't counted it, you can vote."

Whether Trump meant to tell voters to send in a ballot and show up to the polls to double-check or not, intentionally voting twice is illegal —and in many states including North Carolina— it is a felony.

The main purpose of Trump's visit was not politically-related, but rather to declare the port city of Wilmington a "World War II Heritage City.” Wilmington is the first city to get that designation, which was implemented last year.

Trump's visit to North Carolina comes as absentee ballots to voters on Friday.  The incumbent president won North Carolina by 3.6 percentage points in 2016, but polls are showing the state as a highly-contested battleground.

Through Sept. 1, more than 591,000 ballot requests had been received, compared with approximately 36,500 through the same period in 2016, the N.C. elections board said Wednesday.

More than half of the absentee ballots, or approximately 313,000 have been requested by Democrats. Republicans have requested more than 93,000 and registered unaffiliated voters account for approximately 183,000 ballot requests.