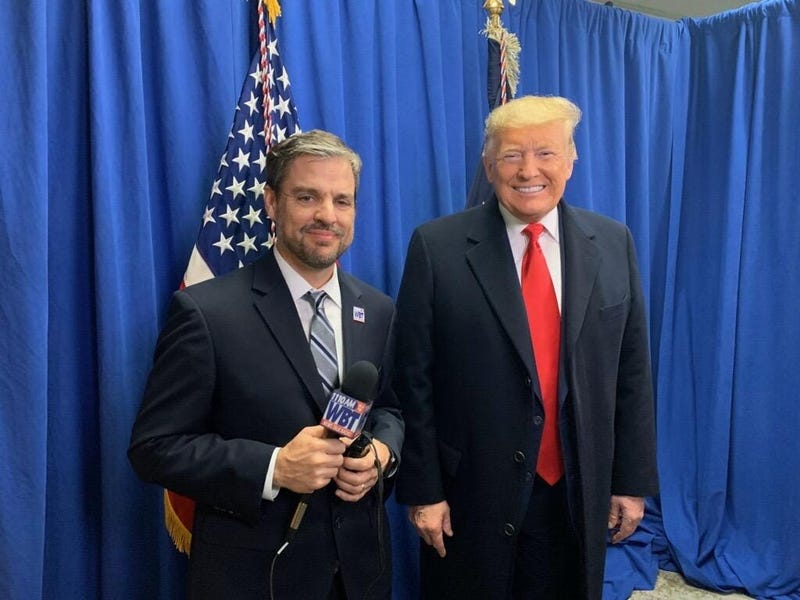 September 18, 2020 09/18/2020 4:25 pm
WBT's own Bo Thompson gave a series of observations in 'We Lost Great Content Because 2020,' Published Friday morning for Barrett News Media
Bo goes in-depth on various experiences covering previous election cycles, along with what could've been for the 2020 Republican National Convention in Charlotte.
"It was supposed to be the summer of Charlotte’s unprecedented second convention in eight years," Thompson wrote.  What many people don't know is how the RNC was going to come together behind-the-scenes.
"WBT had big plans: an elaborate set inside Spectrum Center, a Bill O’Reilly-headlined preview weekend roundtable event that was to moderate, immersive wall-to-wall coverage over every imaginable platform, and who knows what else would have materialized. Of course, 2020 had its own plan. Statewide restrictions on mass gatherings during the pandemic caused Trump to move all but a few hours of the RNC to another location."
Trump and the Republicans ended up on the South Lawn of the White House for his acceptance speech. As for Charlotte, we all missed out on adding a little southern  hospitality to the event. "Nobody could have foreseen this year," Thompson said.
Despite the uncertainty, one thing the longtime host knows is the clock keeps ticking and news still breaks, even more so during an election. "Nobody has a playbook for this year. The one thing I DO know is that for the ninth consecutive November, I’ll be on the air on Election Night with all my radio team members and the show won’t stop until we have a winner."
Read Bo Thompson's ' We Lost Great Content Because 2020' on Barrett News Media.