A stranded dog that was close to becoming alligator bait was pulled to safety in Florida.

Earlier this month, the Lake County Sheriff's Office got a call about a dog that was stuck on a small island in a swamp marsh.

"Knowing what lurks in the waters, they were concerned the alligators would get to the dog before units could arrive," the Facebook post from the Sheriff's Office noted.

On January 8, 2021 Animal Enforcement Officer Amy Riccio responded to the area of Bassville Park to a call for service...

Animal Enforcement Officer Amy Riccio “immediately began formulating a plan to save the dog” before any alligators were able to snatch him up.

As she approached the small island, she saw the dog clinging to a log.

Her plan included making a bridge with two wooden plans that allowed the animal to cross over to safety.

"She was able to quickly gain the dog's trust before she carried the dog onto her shoulders and back across the unstable bridge where she and the dog were safely rescued," the office wrote. 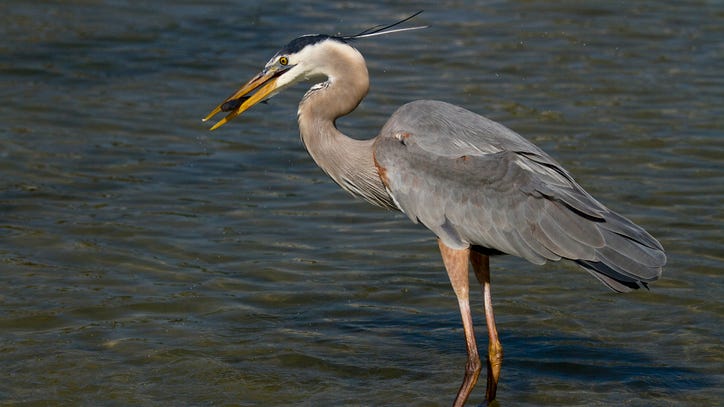 The dog has yet to be identified. He is currently at the Lake County Animal Shelter until the owner is found.

Back in November 2020, a small dog was spared from the jaws of an alligator in Florida.

The moment was captured by a wildlife camera, which shows the man jumping into the water after the alligator dragged the puppy under the surface. After a 12-second tussle, the man is eventually able to free his dog from the alligator’s mouth.

After being checked out by the vet and the doctor, both pup and owner are doing fine.