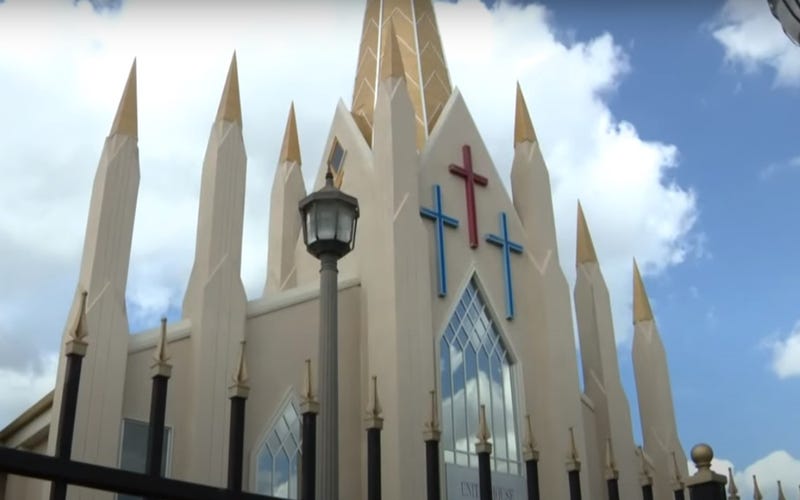 A staggering amount of people have tested positive for COVID-19 after attending church services at the United House of Prayer on Beatties Ford Road in Charlotte, North Carolina.

As of Noon on Oct. 24, officials in Mecklenburg country are reporting 121 cases, along with three deaths from a cluster of at least 1,000 people who were celebrating an annual gathering at the church from Oct. 4-11.

The amount of people allowed at the United House of Prayer violated a N.C. executive order signed by Gov. Roy Cooper that limits indoor gatherings to no more than 25 people. State authorities have loosely enforced that provision when considering places of worship, but may strongly reconsider following this latest concern.

The Mecklenburg County Public Health department issued an "Abatement of Imminent Hazard" Order against the United House of Prayer on Saturday, shutting down the establishment until further notice for failing to self-impose restrictions.

The outbreak has caused officials in at least five states to be notified of a potential spread.

Five of those people who tested positive are currently hospitalized.

Mecklenburg County Deputy Health Director Raynard Washingon stated he was concerned about the situation. He also said the House of Prayer wasn't interested in hosting a testing site at on its property.

“To this date we have not had testing at the church they have not been interested,” Washington told WBTV.

The number of Coronavirus cases in North Carolina continues to climb. A total of 47 deaths and 2,408 new cases were reported on Thursday, Oct. 22. It was the third-worst day for the Tar Heel state since the pandemic started.

People who attended events at United House of Prayer over the past month are asked get tested for COVID-19.