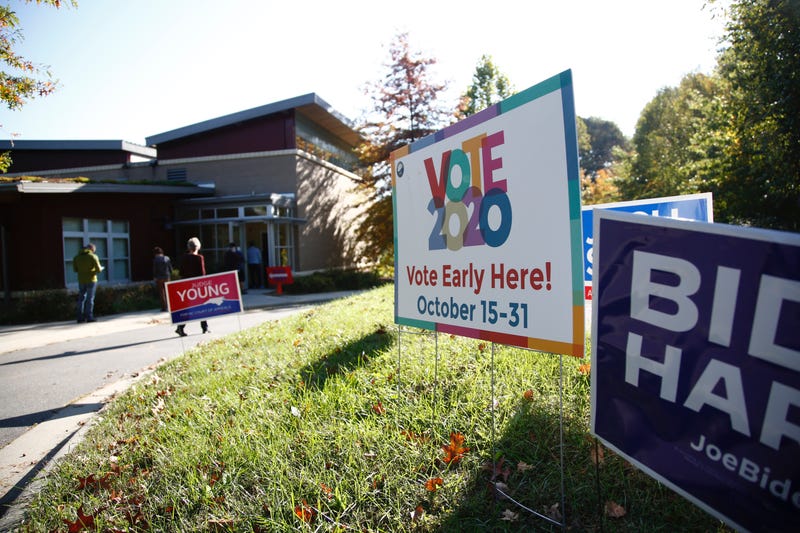 More than 3.1 million people in North Carolina have already cast their ballots in the 2020 election. A record amount during the early voting period in the Tar Heel state. 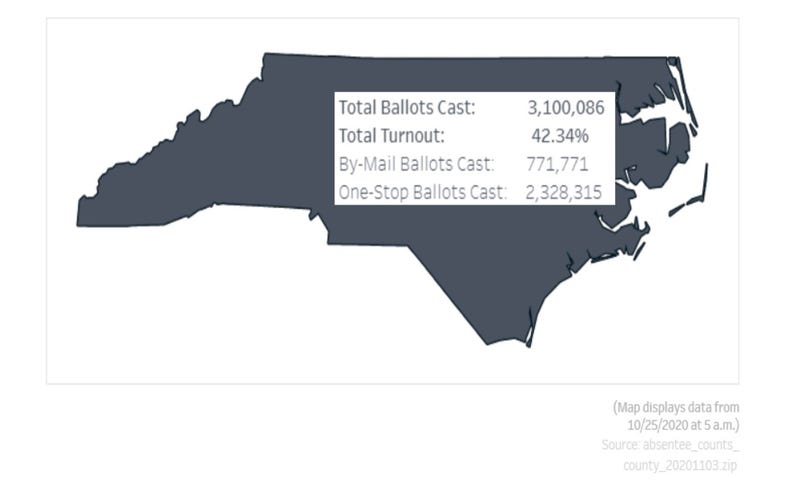 The amount of votes cast early is nearly the exact number of total absentee ballots cast in 2016. A total of 771K mail-in ballots and over 2.3 million people hitting the polls for a 42 percent turnout thus far.

Here's the rest of the statistics from early voting in North Carolina. Data indicates this election could bring out the highest rate of turnout in the U.S. since 1908.

Officials said voters should come out as soon as possible. As the election looms closer, wait times at the polls will only increase.