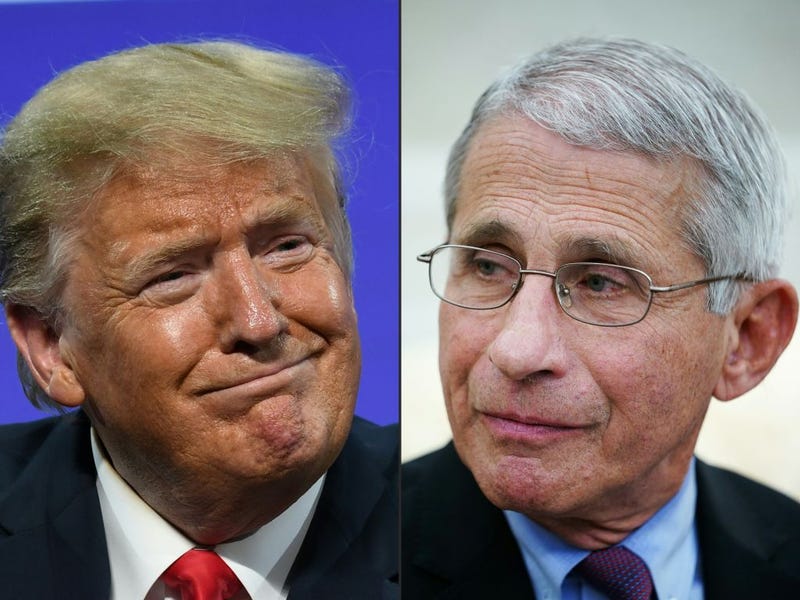 This combination of pictures created on July 13, 2020 shows US President Donald Trump in Phoenix, Arizona, June 23, 2020 and Anthony Fauci , director of the National Institute of Allergy and Infectious Diseases in Washington, DC on April 29, 2020. Photo credit SAUL LOEB and MANDEL NGAN / AFP) (Photo by SAUL LOEB,MANDEL NGAN/AFP via Getty Images
By David Caplan

Just hours after news broke Monday that Donald Trump called Dr. Anthony Fauci an "idiot" during a call with campaign staff, the president was asked by a reporter why he doesn't just go ahead and fire the director of the National Institute of Allergy and Infectious Diseases.

Trump was also asked if he targeted Fauci because of his "high standing" among Americans.

"No, I think, really, Dr. Fauci is a very nice man, but we let him do what he wants to do,": Trump said. "He gets a lot of television. He loves being on television, and we let him do it. Sometimes he says things that are a little bit off, and they get built up, unfortunately."