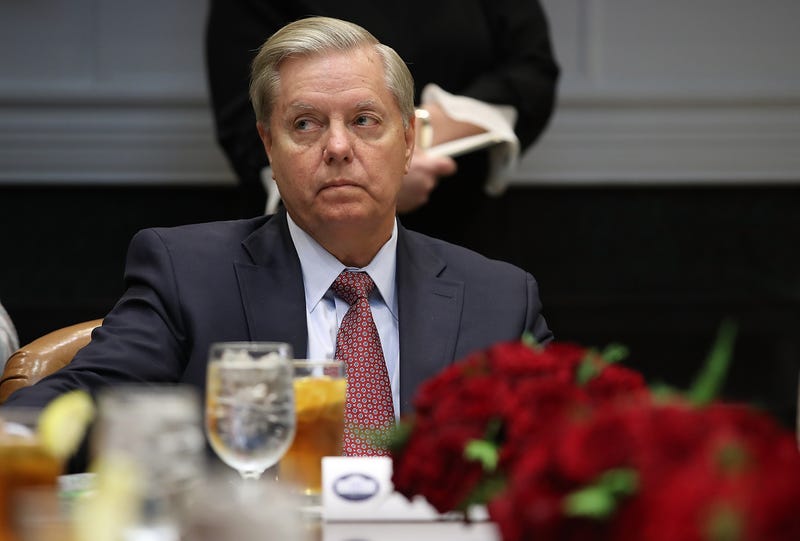 Less than a week after saying, "If you're a young African-American, an immigrant, you can go anywhere in (South Carolina). You just need to be conservative; not liberal," Republican Senator Lindsey Graham once again finds himself uttering a racially driven comment.

Lindsey Graham to ACB: "You're not aware of any effort to go back to the good old days of segregation by a legislative body, is that correct?" pic.twitter.com/Ioj7GEfoFw

During the Supreme Court confirmation hearing for Judge Amy Coney Barrett on Wednesday, Graham made reference to "the good old days of segregation" when asking Barrett about Brown v. Board of Education, a 1954 case that led to desegregation in schools. More so, Graham, when questioned about his statement said it was made sarcastically.

This round of comments comes as Graham falls behind democratic challenger Jaime Harrison in the latest brilliant corners Research and Strategies poll by two points, but within the margin of error (47%-45%). The same poll had Graham ahead by four points on March 25. A clear indication the race for the U.S. Senate in South Carolina is one of the most contested in the county. Another two polls by Data for Progress and Morning Consult has Harrison currently leading by a slimmer margin of one point (47%-46%).

Harrison set a record for quarterly fundraising last week. A booming $57 million from July through September was the highest total for any Senate candidate in U.S. history. If the Orangeburg, S.C. native can defeat Graham, he would make history again as the first-ever democratic African-American senator to represent South Carolina in Washington. Also, with Republican Tim Scott, South Carolina would become the first state with an African-American senator serving at the same time on each side of the aisle.

South Carolina voters can also vote before Election Day through a process called "absentee in-person" voting. The period for absentee in-person voting runs from Oct. 5 to Nov. 2, but dates and hours may vary. For more information, please visit scvotes.gov.