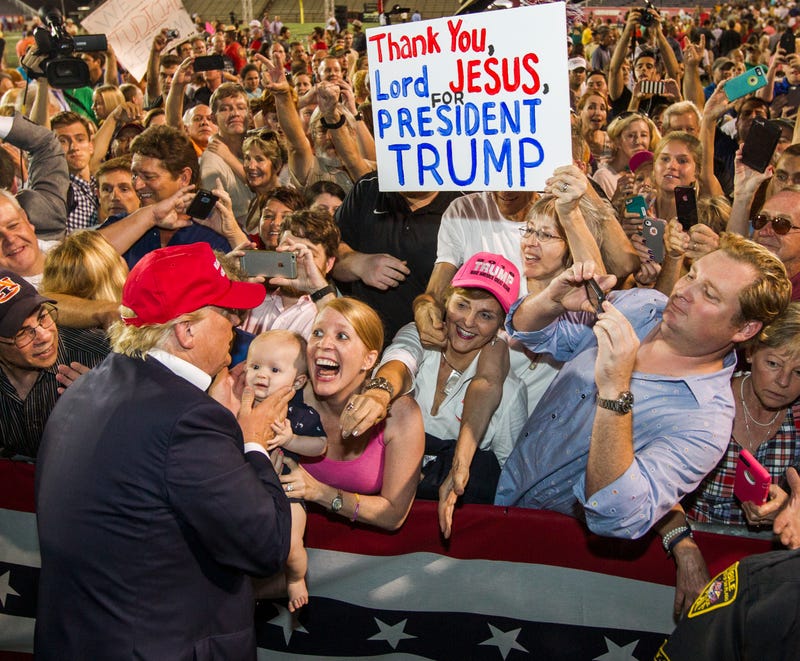 The 2016 Presidential Election was a lesson to those people who doubted the underdog. While many in the media were singing the praises of Hillary Clinton's resume, the "elephant in the room" (no pun intended) was Donald Trump's wild popularity among people who were fed up in the country.

Now fast forward four years. A different set of circumstances, but a similar feeling two weeks away from election day.

"While many of the headlines talk about Democrat Joe Biden leading Republican incumbent Donald Trump in the presidential race, an analysis from the New York Times shows it’s very possible Trump pulls off another surprise victory in November," Nexstar Media noted.

"The New York Times notes Trump can “narrowly win re-election if the results differ from the current polls by as much (and in the same direction) as the 2016 results differed from the final polls.”

"Again, we are looking here at state-level polls, and it’s worth noting that many of those same polls over-weighted Republican strength in 2012. And yet, there are many who believe that some Trump voters are reluctant to talk about their support and may not fully show up until Election Day."

The Times says Trump's path to victory must include winning Florida, Iowa, North Carolina, Ohio and Arizona. He would also have to carry Pennsylvania, Wisconsin or Michigan. Although, Biden currently leads Trump in both Wisconsin and Michigan in the latest polls.

If we learned anything from 2016, it was the polls are not a solid predictor, but rather a small sampling. Don't trust everything being reported week-to-week unless there is consistency across the board. And remember, there's always the term "margin of error" to keep polls close regardless of how you look at them.