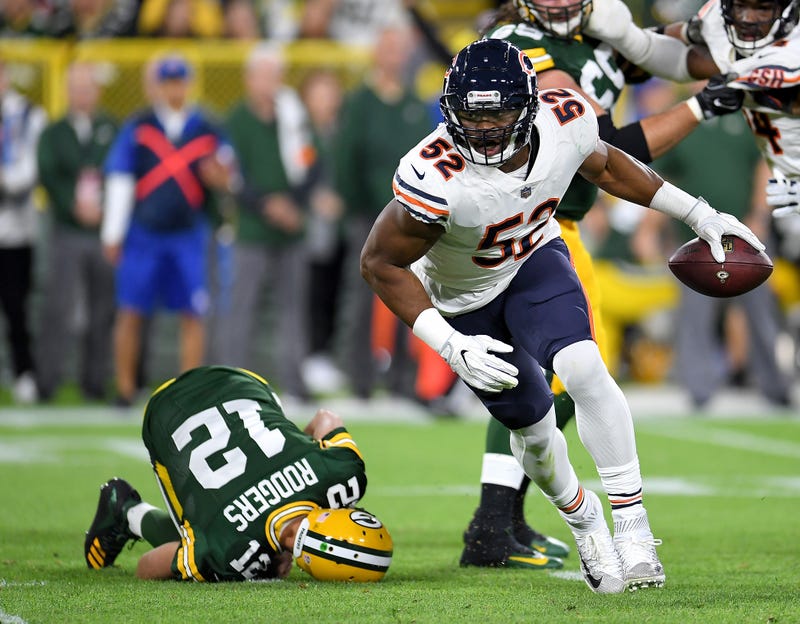 The Panthers have won three in a row and at 3-2 are tied for first in the NFC South. Without Christian McCaffrey. That's exactly what everyone predicted, right? Not exactly! Teddy Bridgewater and company are playing good football right now, and they've got a big test this Sunday when the Chicago Bears come to town. Kick-off is set for 1:00 p.m. on WBT.

The Bears are 4-1 on the season, although some would argue they don't look like a 4-1 team. All four of their wins have come by a total of just 13 points, and they had to rally late to win three of those.

Starting quarterback Mitch Trubisky was benched after yet another inconsistent start to the season,giving way to former Super Bowl winner Nick Foles. He hasn't performed any miracles – the Bears are 27th in total yards, rushing yards and points per game – but he's led them to three straight wins.

Foles has plenty of talented receivers, including veteran Allen Robinson and Anthony Miller. Former Panther Ted Ginn, Jr. is still a deep threat at age 35, he's averaging over 13 yards per catch. And now they've got five time Pro Bowl tight end Jimmy Graham, who used to torment the Panthers when he was with New Orleans. The Bears lost former NC A&T standout Tarik Cohen to a torn ACL, so they've converted speedy wideout and return specialist Cordarelle Patterson into a running back. He teams with second-year player David Montgomery.

The Panthers offense has been rolling in spite of being without McCaffrey, who remains on short-term IR with an ankle injury. They haven't been very efficient on third down, though, and have been settling for too many field goals in the red zone.

That could haunt them against the Bears, who are number one in the NFL in red zone defense. They're also stingy, allowing just 20 points a game, that's fourth in the league. The Bears have a ton of talent on this side of the ball, starting with All-Pro linebackers Khalil Mack and former Tar Heel Robert Quinn. They've also got a pair of All-Pros in the secondary in safety Eddie Jackson and cornerback Kyle Fuller, while Pro Bowl defensive tackle Akiem Hicks anchors the front line.

“You know they got a great defense, they've always had a great defense,” said Panthers running back Mike Davis, who played for the Bears before coming to Carolina. “I know a lot of those guys, so I know what they are capable of.”

This is just the 11th meeting between these teams and it should be a good one. The Panthers are certainly confident after their three straight wins, and want to keep that streak going.