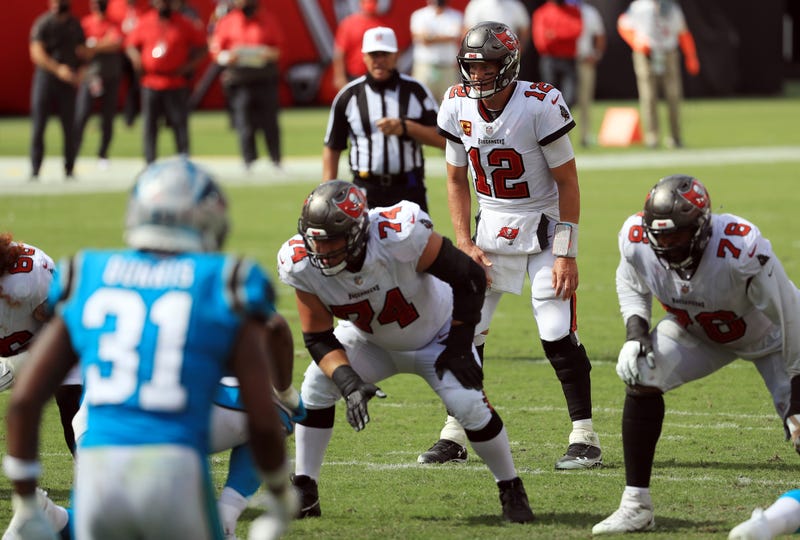 A week after nearly knocking off the defending Super Bowl champs, the Panthers return home Sunday to face a potential title contender in Tampa Bay. The Bucs are 6-3 on the season and no doubt a ticked off team after an embarrassing 38-3 loss to the Saints on national television. The Panthers are 3-6 on the year after a string of close losses, and looking to get back in the win column.

“It's frustrating when you don't win those close games,” said quarterback Teddy Bridgewater. “But we've been fighting, playing tough these past couple weeks. We just want to put it all together and try to get some wins.”

To do that the Panthers have to find a way to move the ball against one of the best defenses in the league. The Bucs boast the league's 4th ranked defense, and are number one against the run, allowing just 78 yards per game. They get after the quarterback, ranking 2nd in the NFL with 29 sacks.

The front seven is loaded with talent, starting with veteran edge rusher Jason Pierre-Paul. He teams with All-Pro linebacker Lavonte David, Shaq Barrett and Devin White, who leads the team in tackles. All-Pro Nndamukong Suh anchors the front line. They'll pose quite the test for the Panthers, who will be without star running back Christian McCaffrey again after he suffered a shoulder injury in the loss to the Chiefs.

The Bucs secondary has greatly improved since the first time these teams met in week two.  They now lead the league with 11 interceptions, four of them by star cornerback Carlton Davis.  “They have a tough defense,” said Bridgewater.  They're a group that's stingy against the run, the d-line's doing a great job of dominating the line of scrimmage, and they make plays on the back end on the football.”

Of course, the star of this Bucs team is Tom Brady. The 14-time pro bowler had a rough outing last week, throwing three interceptions against the Saints. But he's racked up nearly 2400 yards with 20 touchdowns on the season, and now he's got another weapon in All-pro receiver Antonio Brown, who made his debut last week. He joins a pair of elite receivers in Mike Evans and Chris Godwin, as well as five time Pro Bowl tight end Rob Gronkowski.

The Achilles heel of this Bucs team has been the run game - despite having a pair of All-pros in Leonard Fournette and LeSean McCoy, the Bucs are managing just 92 rushing yards per game, that's 30th in the NFL. Ronald Jones III leads the team with 538 rushing yard and four touchdowns. The Panthers defense isn't underestimating this group, they had three rushing touchdowns against them in the first meeting.

After a series of close losses and nearly pulling off the upset of the Chiefs last week, the Panthers want to close the deal and pick up a win Sunday. They'd also like to even the score with their division rival, who beat in them in the first match-up.