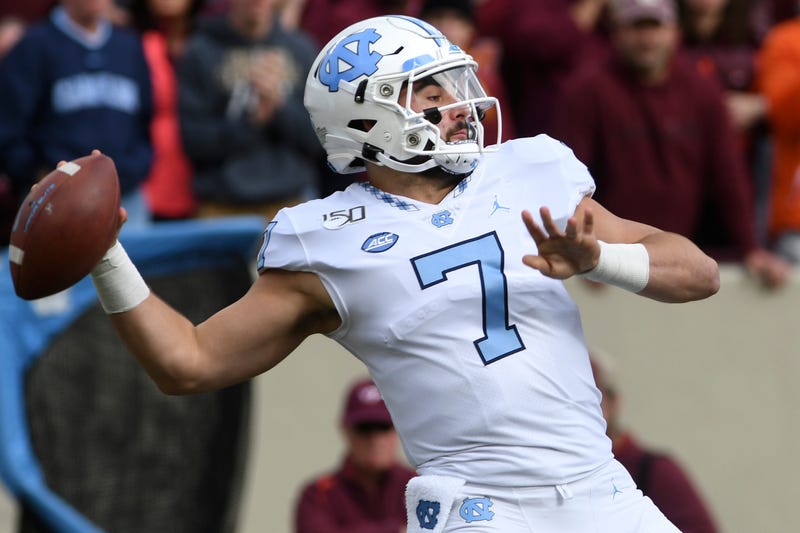 It's another rivalry game for North Carolina this weekend.

Fresh off a 27-point beat down of NC State last Saturday, the 15th-ranked Tar Heels head to Charlottesville for a rendezvous with the Virginia Cavaliers. It's a Halloween edition of the South's Oldest Rivalry – these teams have been playing since 1892, but the Cavaliers have won three in a row in the series. Kickoff is set for 8:00 on WBT.

It's been a rough year for the Wahoos, who won their opener but have lost four straight since, most recently to No. 11 Miami. They played really well in that game, though, and quarterback Brennan Armstrong is healthy again after returning from a concussion. The dual-threat sophomore has thrown for 777 yards and seven touchdowns, and also picked up 221 yards on the ground. That's not good news for the Tar Heels, who have struggled with quarterbacks who like to run. And Armstead likely won't be the only quarterback the Heels will face – the Cavaliers have used four of them this season. Lindell Stone has thrown for 426 yards with three touchdowns, and Keytaon Thompson and Iraken Armstead also like to run – in fact, they are second and third on the team in yards per carry.

Whoever is throwing the ball for Virginia, they've got plenty of targets. Four players have over 150 yards receiving, including Billy Kemp, who leads the way with 41 grabs for 365 yards. And the Wahoo's offensive line has been one of the best in the ACC when it comes to protecting the quarterback, allowing just nine sacks on the season. But they haven't done as well opening running lanes. Junior Wayne Taulapapa has been inconsistent, rushing for 301 yards and 3 touchdowns on the ground.

Virginia's defense will have its hands full with UNC's rushing attack, which is one of the best in the nation behind the dynamic duo of Michael Carter and Javonte Williams.  The pair has racked up over 1100 yards and 13 touchdowns on the ground this season.  The Cavaliers counter with a huge front seven – outside linebackers Charles Snowden and Noah Taylor are 6'7 and 6'5 respectively.  Defensive end Richard Burney checks in at 280 pounds, and defensive tackle Jowon Briggs is 310 pounds, he has three of the team's 15 sacks.

Defending the pass has been a problem for the Cavaliers - they're last in the ACC in yards allowed per pass, and are allowing 286 yards per game through the air.  They do have six interceptions though.  Meanwhile, Sam Howell and UNC are averaging over 282 yards passing per game, that ranks 22nd in the country.

The Tar Heels are seven-point favorites in this one, and are looking for their first win in Charlottesville in four years. The offense is rolling and can pile up points in a hurry, while Virginia can't seem to stop anyone right now. It looks like UNC is in for a “treat” on Halloween.