NEW YORK (WCBS 880) – Police are searching for two men who stabbed and then stomped on a 14-year-old boy on a Bronx street corner in broad daylight.

The NYPD released video of the horrific attack on Saturday as they search for the suspects involved.

The 14-year-old was attacked by the two men on Soundview Avenue, near Lafayette Avenue, in the Soundview section on the evening of July 30, police said. 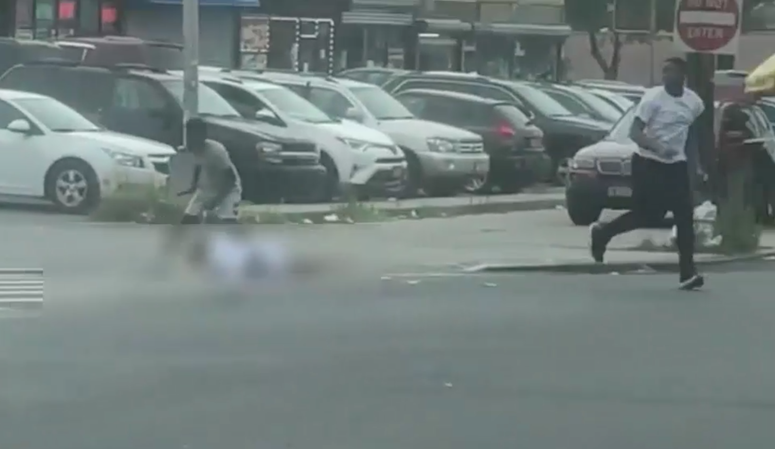 One of the men stabbed the victim in the back before the second man punched and stomped him while he was on the ground, according to police.

Video captured by a witness shows one of the men running across the street as the second man stomps on the teen in full view of passing cars and a food cart vendor.

The victim was taken to Jacobi Hospital, where he was treated for his injuries.

Police said the suspects ran away towards the Monroe Houses.