NEW YORK (WCBS 880) – The 9/11 Memorial Museum officially opened its doors to the public Saturday, the day after the 19th anniversary of the terrorist attacks and six months after the museum closed because of the coronavirus.

The museum is only open five days a week at 25% capacity; it’s closed Tuesday and Wednesday.

Tickets must be purchased in advance for a timed visit of the museum, which will only have a one-way traffic flow. Visitors must wear masks and practice social distancing while inside. Temperatures are being checked at the entrance.

We are excited to reopen the doors of the 9/11 Memorial Museum to the public today. If you are looking to plan your visit or to learn more about our safety guidelines and adjusted hours for the Memorial and Museum, visit https://t.co/GDzsWZ96nu. #911Museum #911Memorial pic.twitter.com/vmoMB3eEfA

John de Csepel got his ticket checked as his 4-year-old son sat on his shoulders.

“It is hard,” de Csepel said. “The time is right now with two young children so they can understand what happened on that day 19 years ago.”

De Csepel was an on-call trauma surgeon on 9/11 who treated firefighters on the day of the attacks. Making the trip back to the site for the memorial and museum was a first for him. He said now was a good time for the museum to open its doors to the public.

“The day after the anniversary, it’s an appropriate time to reopen just as other things are finally reopening here in New York,” he said. “Of course, there’s a lot of parallels between the pandemic and 9/11 and what it’s meant to America.” 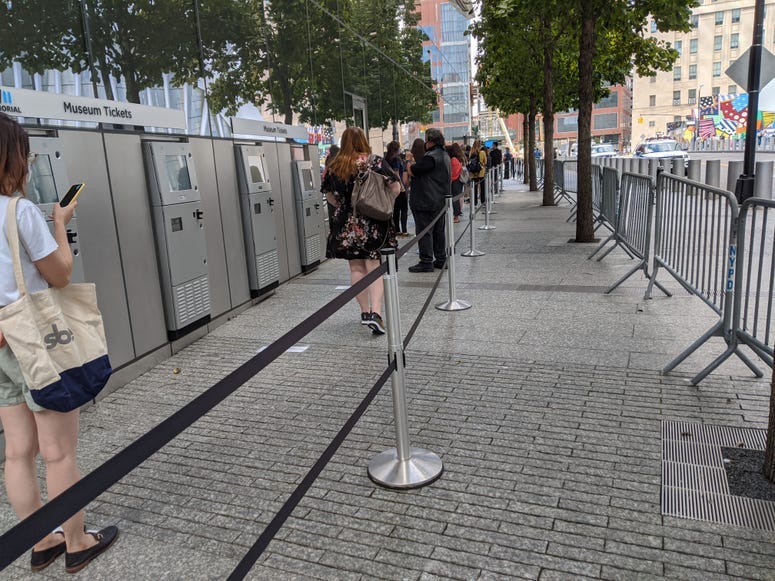 The museum closed back on March 13 as the coronavirus pandemic worsened in the Tri-State and institutions across the city were forced to shut down. Family members of victims were allowed back to the museum for the 19th anniversary on Friday.

“During our temporary closure we remained steadfast in our commitment to commemorate, educate, and inspire,” 9/11 Memorial & Museum CEO Alice Greenwald said in a statement Friday. “Today, we were honored to welcome the families of those who were killed 19 years ago, and we look forward to welcoming members of the public once again to pay tribute in person beginning tomorrow in a safe and sacred environment.”