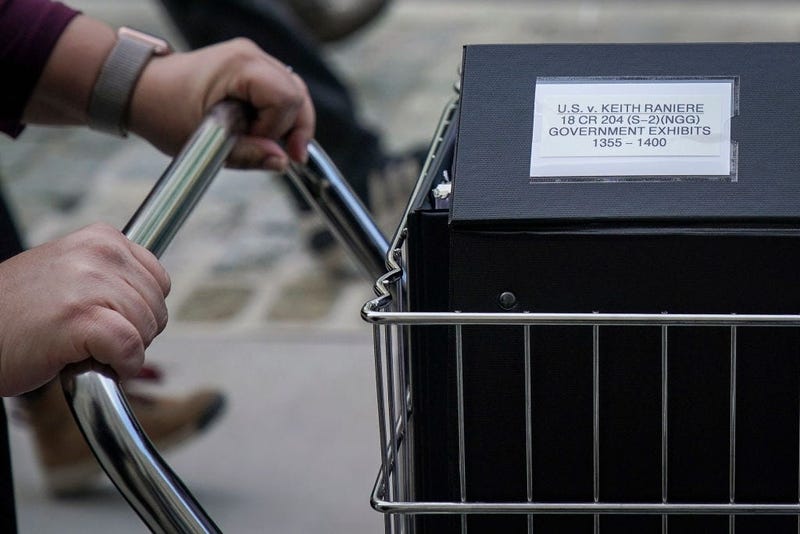 NEW YORK (WCBS 880) — The defense attorney for a man accused of running a sex cult upstate told a jury Tuesday that every woman involved in the group participated willingly.

Defense attorney Marc Agnifilo insisted members of Keith Raniere’s NXIVM organization were not abused or captive sex slaves. He said Raniere, 58, never extorted them either by releasing revealing and provocative photos of them.

Raniere is accused of grooming and coercing women into a life of sexual slavery. Prosecutors say he used his NXIVM group to “tap into a never-ending flow of women and money.”

Agnifilo argued Tuesday that his client had no criminal intentions and all his sexual encounters with his “followers” were consensual.

He told the jury that while they "might find many things about (Raniere) distasteful, but most of them aren’t part of the charges.” He noted that “disgusting lifestyles aren’t criminal.”

He is facing life in prison if convicted on all of the charges, including sex trafficking and extortion.

Co-defendants in the trial also included “Smallville” actress Allison Mack and Seagram heiress Clare Bronfman. Both women have plead guilty for their roles in the group.