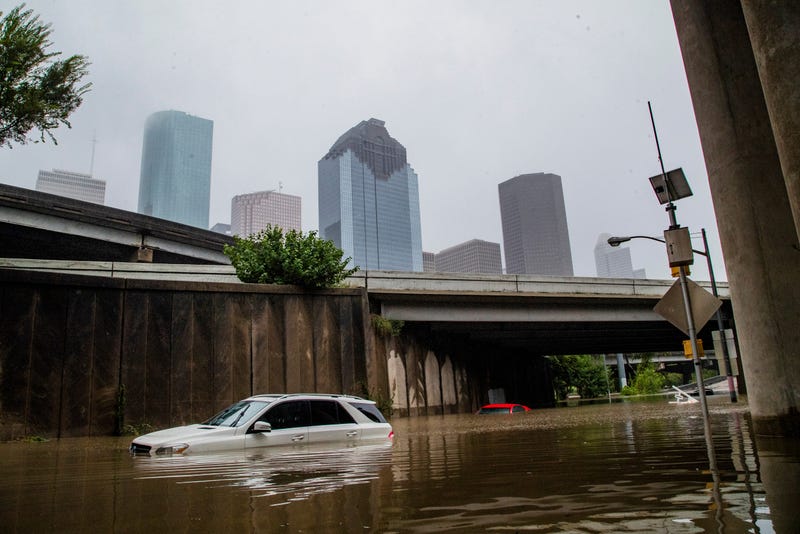 HOUSTON (AP) — A weakened Beta continued its slow trek across several Southern states on Wednesday, bringing rainfall to parts of Louisiana, Arkansas and Mississippi after having flooded homes and roadways in Texas.

Houston began drying out on Wednesday after some parts of the metro area got nearly 14 inches (35.6 centimeters) of rain over the last three days, according to the National Weather Service. Flooding from heavy rain prompted around 100 water rescues on city roadways. Preliminary reports showed at least 11 structures were flooded in the city limits.

“It’s not nearly as bad as it could have been,” said Houston Mayor Sylvester Turner.

Flash flood warnings were issued Wednesday for parts of Louisiana, where up to 4 inches (10 centimeters) of rain had fallen and up to 4 more inches could fall on top of that, the Weather Service said. The southwestern corner of Louisiana is still recovering after getting pounded by Hurricane Laura last month.

Rainfall of 3 to 5 inches (7 to 12 centimeters) was expected on Wednesday and into early Thursday in parts of Central Mississippi, with some areas possibly getting up to 7 inches (17 centimeters).

Beta, which made landfall late Monday as a tropical storm just north of Port O’Connor, Texas, is the first storm named for a Greek letter to make landfall in the continental United States. Forecasters ran out of traditional storm names last week, forcing the use of the Greek alphabet for only the second time since the 1950s.

Beta was the ninth named storm that made landfall in the continental U.S. this year. That tied a record set in 1916, according to Colorado State University hurricane researcher Phil Klotzbach.

Parts of the Alabama coast and Florida Panhandle were still reeling from Hurricane Sally, which roared ashore Sept. 16, causing at least two deaths.

Meanwhile, Post-Tropical Cyclone Teddy made landfall in Canada on Wednesday morning near Ecum Secum, Nova Scotia, with maximum sustained winds near 65 mph (104 kph). It was located about 150 miles (241 kilometers) northeast of Halifax, Nova Scotia, around midday Wednesday, with maximum sustained winds of 60 mph (96 kph). It was expected to dissipate by Thursday.