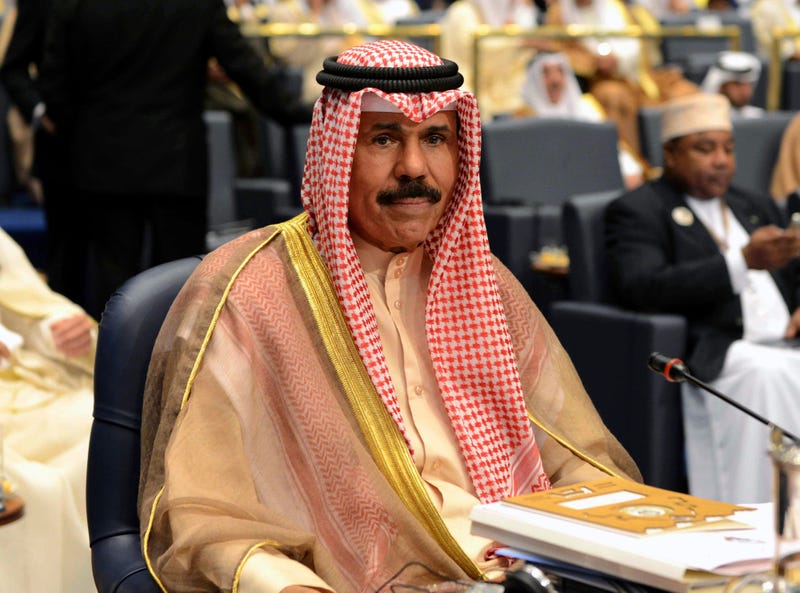 Sheikh Nawaf, 83, had served as the crown prince since 2006, jumping a traditional order of alternating rule between the Al Jaber and the Al Salam branches of the country's ruling family.

While his taking of the throne came as prescribed by Kuwait's constitution, there likely will be negotiations behind the scenes in the weeks ahead over who will become the country's next crown prince. Those discussions likely will take time as Kuwait mourns its late ruler, Sheikh Sabah Al Ahmad Al Sabah, who died Tuesday at the age of 91.

Sheikh Nawaf, like Sheikh Sabah, was born before Kuwait discovered the oil that would make this small nation among the richest in the world. Born June 25, 1937, Sheikh Nawaf became a governor of Kuwait's Hawalli region and later the country's interior minister, a position he held for nearly a decade.

Sheikh Nawaf served as Kuwait's defense minister beginning in 1988. He'd be in the role in 1990, when Iraqi dictator Saddam Hussein invaded Kuwait and occupied the nation for seven months.

On Feb. 24, 1991, U.S. troops and their allies stormed into Kuwait. It ended 100 hours later. America suffered only 148 combat deaths during the whole campaign, while over 20,000 Iraqi soldiers were killed.

Sheikh Nawaf briefly served as social affairs and labor minister after the war, then as the deputy chief of Kuwait's National Guard and again as interior minister. He became the crown prince under Sheikh Sabah in February 2006.

Sheikh Nawaf is married, with four sons and one daughter.