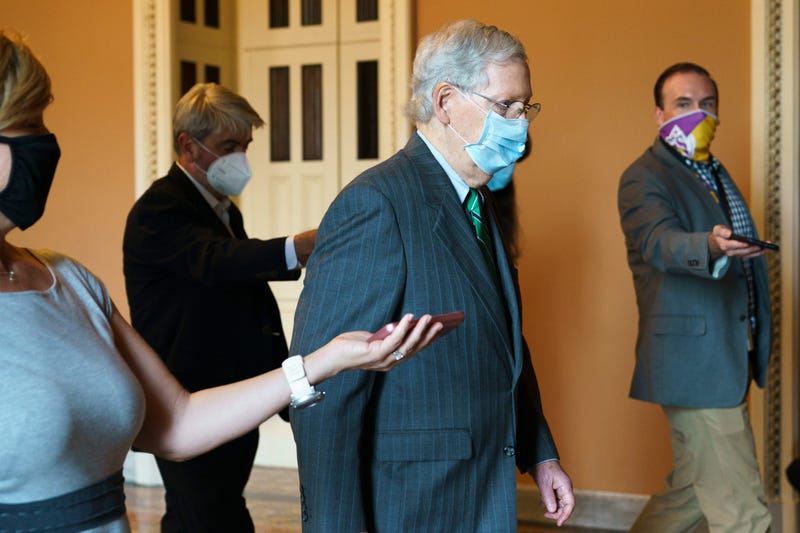 WASHINGTON (AP) — A key House committee on Wednesday gave bipartisan approval to legislation to create national standards for the horse racing industry to prevent fatalities and discourage illegal medication practices. The Senate's top Republican said he would press to pass the bill before the year is out.

The 46-5 vote in a Democratic-controlled panel is a good sign for the bill's prospects.

“Our bill delivers commonsense medication and track safety standards that protect America’s horses and jockeys, needed progress that will put this popular and historic sport on track for a strong recovery and a bright future," said top sponsor Paul Tonko, D-N.Y., whose district is home to Saratoga Race Course.

Senate Majority Leader Mitch McConnell, R-Ky., whose state is home to the country's top breeding outfits and the Kentucky Derby, introduced identical legislation with senior Democrats from California and New York, which also have top racetracks and breeding operations.

The “Horseracing Integrity and Safety Act" comes after the racing industry has been hit by a series of doping scandals and a rash of fatal breakdowns in recent years. It is also struggling through the COVID-19 pandemic, with tracks like Churchill Downs holding races — including last weekend's Kentucky Derby, delayed from May — without spectators.

Several top trainers were charged earlier this year with illegally doping their horses with performance-enhancing drugs, including Jason Servis, whose horse Maximum Security finished first in the 2019 Derby but was disqualified for racing interference.

The legislation is aimed at empowering an independent Horseracing Integrity and Safety Authority with federal recognition and enforcement power to set uniform standards for medication, track safety, and testing of horses for PEDs.

“Unfortunately, the coronavirus isn’t thoroughbred racing’s only challenge. In recent years, tragedies on the track, medication scandals and an inconsistent patchwork of regulations have cast clouds over the future,” McConnell said in a floor speech.

While blue-blood racing organizations such as the Jockey Club and key racing circuits support the idea, McConnell has not attracted cosponsors from states like Florida, Louisiana and New Jersey, where some of the sport's scandals have occurred and where oversight is considered uneven at best. But Frank Pallone, D-N.J., chairman of the powerful Energy and Commerce panel, is a strong supporter.

“This will make thoroughbred racing as fair and as safe as possible," McConnell said.

Also at issue is a series of horse fatalities in California in recent years, which has garnered the industry bad press and enemies like People for the Ethical Treatment of Animals.

The legislation faces challenges in the Senate, given the time crunch and potential opposition. But McConnell said he would press the issue in a post-election lame duck session.