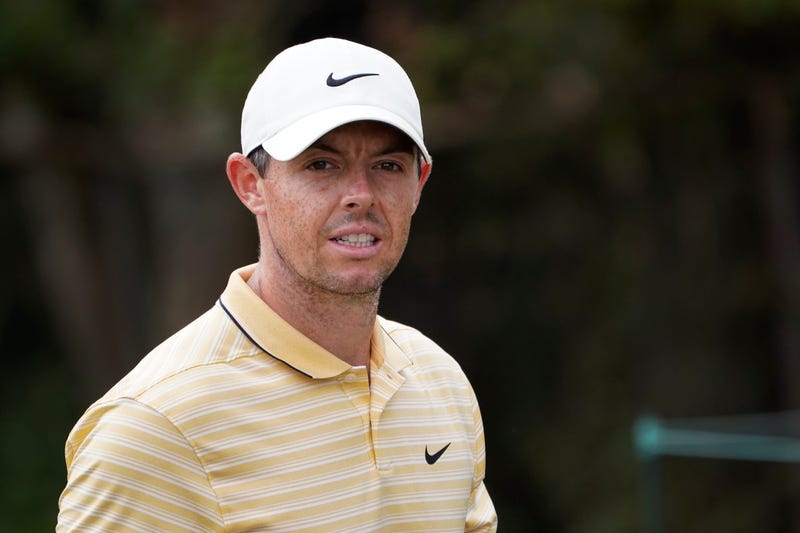 Photo credit Rory McIlroy, of Northern Ireland, looks down the second fairway during the third round Saturday, Aug. 29, 2020, for the BMW Championship golf tournament at the Olympia Fields Country Club in Olympia Fields, Ill. (AP Photo/Charles Rex Arbogast)
By The Associated Press

ATLANTA (AP) — Rory McIlroy was the last of 30 players to arrive Wednesday at the Tour Championship, and even with a shot at becoming the first three-time FedEx Cup champion, he had a tough time leaving behind the newest love of his life.

McIlroy's wife, Erica, gave birth to their first child Monday in Florida. He said mother and daughter rare doing well, and he has a new appreciation for fatherhood.

He announced the birth on social media before flying up to Atlanta.

“You feel like you get to know your baby while she's still in her mother's belly, but to go from not having met this person to having unconditional love for them from one minute to the next ... there's nothing like it in the world,” he said. “It’s probably the best part of being a human being, and I’m glad that I got to experience it.”

McIlroy had told only close friends and family that they were expecting. He confirmed the news Sunday after he finished at at the BMW Championship south of Chicago, and he said he would be willing to miss the Tour Championship and the chase for the $15 million prize if it came to that.

McIlroy said they were contemplating flowers, such as Rose and Iris. His mother is Rosie. Alex Noren and Shane Lowry have daughters named Iris.

“We wanted to go with something that was pretty unique, maybe more common back where I'm from," he said. “But we landed on Poppy and we loved it.”

The middle name was more about the moment. McIlroy was married at Ashford Castle in Ireland, and that's where he and his wife were on New Year's Eve when they learned she was pregnant. He said they were staying in the Kennedy suite.

McIlroy is No. 12 in the FedEx Cup, meaning he will start the Tour Championship seven shots behind Dustin Johnson, the top seed at East Lake. McIlroy has not finished in the top 10 since golf returned in June, and he said last week impending fatherhood contributed to his occasional lack of focus.

“I think it’s been hard the last couple weeks because you’re sort of in limbo when she’s going to arrive, and then in the back of your mind you’re hoping it’s going to go well. You hope that your daughter is safe. You hope that your wife is safe,” he said. "The fact that all that went well and everyone is good and recovering at home, I feel more comfortable now that I can come out here and play golf and maybe get my mind off it for four or five hours a day, and that’s a nice thing.

“And then obviously,” he added, “I can get a couple of good nights’ sleep before I go home.”