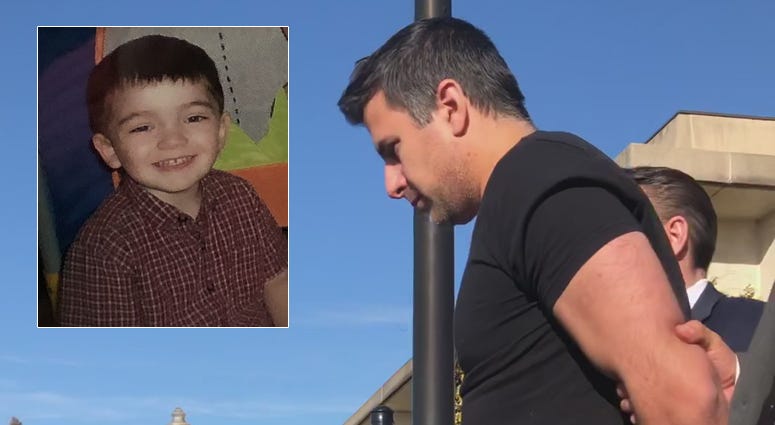 CENTER MORICHES, N.Y. (WCBS 880) – An NYPD transit officer and his fiancée have been charged in the death of the officer's 8-year-old son, who authorities say died of hypothermia after being locked in a garage overnight in freezing temperatures.

It had been reported to authorities that 8-year-old Thomas Valva had fallen in the driveway of his father's home on Bittersweet Lane in Center Moriches last Friday morning. The child was rushed to the hospital, where he later died.

But authorities said Friday the boy was starved, abused and froze to death because his father locked him in an unheated garage overnight as temperatures dropped below freezing. His body temperature when he was found was 76 degrees, WCBS 880's Sophia Hall reported.

The boy's mother, Justyna Valva, told WCBS 880's Sophia Hall on Friday the arrests of her estranged husband and his fiancée come after years of abuse.

She showed Hall paperwork, dated from 2018 and 2019, that she says is from the East Moriches School District and other agencies proving the alleged abuse and neglect.

"There was a history of the father brutally beating my son," Justyna Valva said. "The children were basically starved to death, the medical reports showing only one percent body mass index. The father put the children back in diapers even though they were potty trained when they were 2-years-old. There was a report that my oldest son was kept in a garage in the winter time with no heat. He came to school soaked in urine with frostbite on his hands or his feet."

Some of the paperwork shows the children were so hungry that teachers brought food into school to feed them.

Superintendent of Schools Dr. Charles Russo issued a statement saying, "We continue to extend our deepest sympathies to the family and friends of Thomas Valva. Thomas was a tender, loving boy who made tremendous gains during the short time he was a student in East Moriches. While the district legally cannot comment on any specific case, it aggressively reports to the proper authorities child abuse when it is suspected. The district will continue to cooperate with the Suffolk County Police Department as they continue with their investigation." 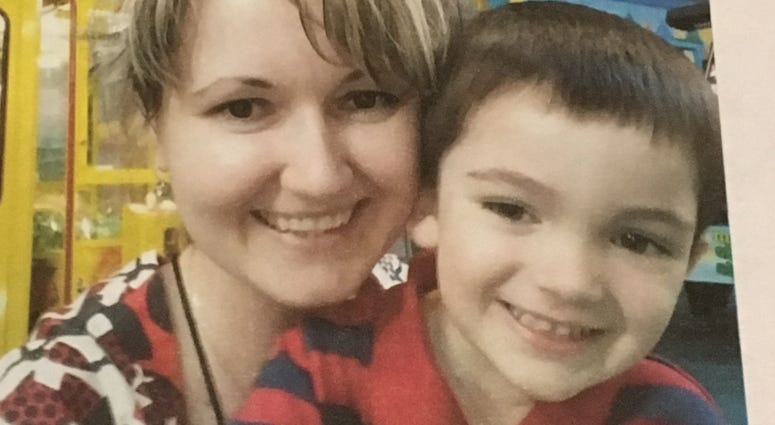 The boy’s parents had been going through a bitter divorce, and Justyna Valva said that she had lost custody and had not seen Thomas, who had autism, or his two brothers for two years.

She said the system failed her son and claims that even though there were repeated calls from teachers to CPS, the boy remained in the couple's house.

"I'm going to miss him for the rest of my life," the mother said.

Suffolk County Police Commissioner Geraldine Hart said, "We're gonna look at every possible interaction that this child had with the system."

“The Department of Social Services is heartbroken by the passing of Thomas Valva. Department personnel are continuing to provide all available information on this matter to law enforcement and will continue to cooperate fully throughout the investigation.  Suffolk County Child Protective Services has had involvement with the Valva/ Pollina family. Petitions for child neglect were filed in Suffolk County Family Court in 2018. Safeguards ordered to protect the children included court-ordered home supervision for a period of one year, Orders of Protection for the parents to refrain from harmful behaviors towards the children and mandated participation in a Positive Parenting Program had been put in place. Subsequent to the expiration of the order of protection, CPS investigated additional complaints relating to the family. DSS is formally reviewing the management of the case to ensure that all protocols were followed in accordance with the law.  Due to confidentiality mandates and the nature of this ongoing investigation, the Department cannot comment further at this time.”

The boy’s father had previously released a statement through his attorney saying he was "shocked and saddened to learn of the horrible accident."

GoFundMe told WCBS 880 in a statement that an online fundraiser purportedly created by the boy's father before his arrest has been removed from the site and all donors will be refunded in full.

The NYPD said Valva, who has been with the force since 2005, has been suspended without pay.