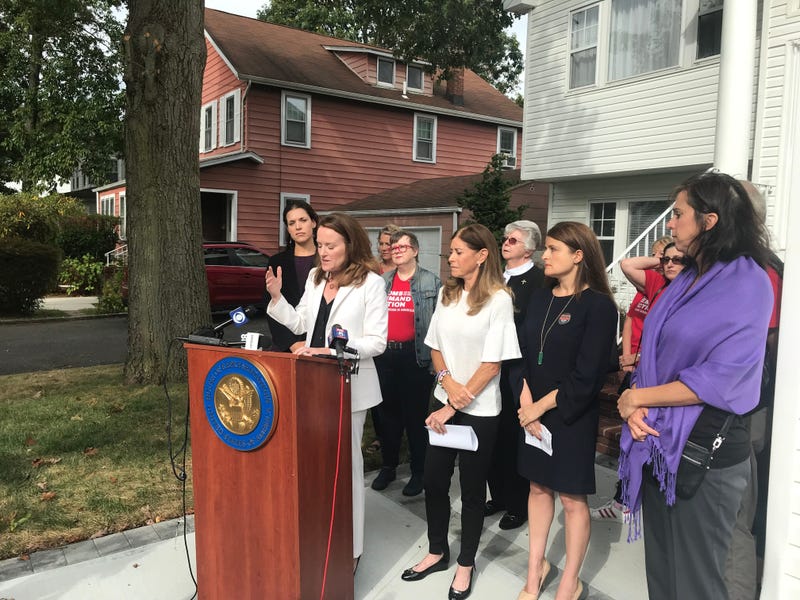 NEW YORK (WCBS 880) — A congresswoman from Long Island has proposed legislation that would prevent domestic abusers from obtaining a firearm in any state.

As WCBS 880’s Sophia Hall reports, New York has been a leader in preventing those that have orders of protection against them or those who have been convicted on domestic abuse charges from buying a firearm. Though, other states have not properly been reporting domestic violence records to the National Instant Criminal Background Check System (NICS).

Congresswoman Kathleen Rice, who represents a portion of Nassau County, is looking to change that standard with a new piece of federal legislation called the Domestic Violence Records Reporting Improvement Act.

“We need that same level of reporting from every state and until that happens, domestic abusers are going to continue to pass background checks that they shouldn't be passing and buy guns,” Rice said. “And survivors of domestic violence will continue to become victims of gun violence.”

If her bill becomes law states would be given grants that would allow them to install the proper computer systems to make sure NICS has current information on domestic abusers.

The bill already has support from both sides of the aisle. It remains unclear when the legislation will be up for a vote.