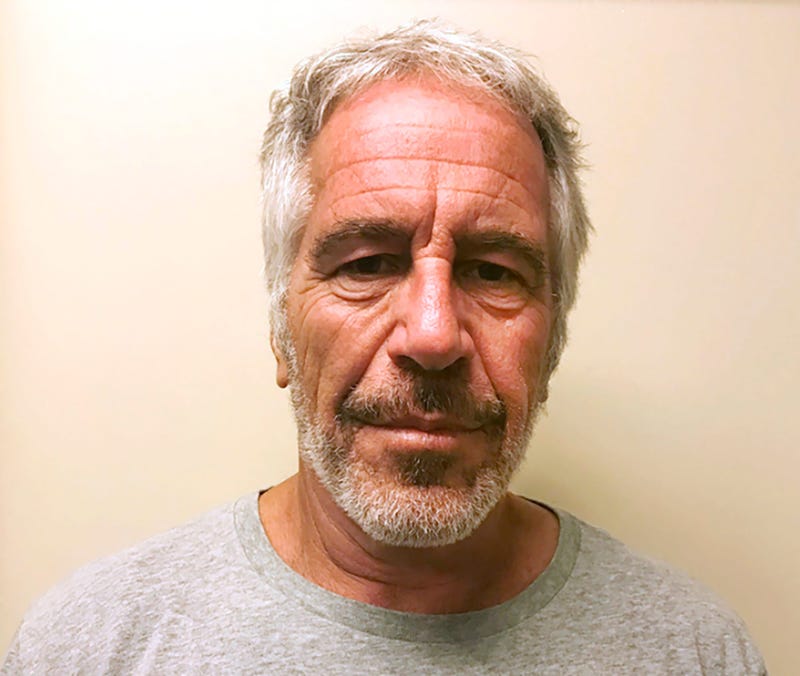 NEW YORK (WCBS 880) — An autopsy found the Jeffrey Epstein “sustained multiple breaks in his neck bones,” according to multiple reports, raising more questions surround the circumstances of his death,

The hyoid bone, located near the Adam’s apple, was among the bones broken in Epstein’s neck. As WCBS 880’s Mike Smeltz reported, the particular break is commonly found in victims of homicide.

“The other option is they were broken caused by some type of strangulation,” said University of Maryland forensic science professor Thomas Mauriello.

However, he notes that if Epstein was murdered, there would typically be other evidence on his body.

“I don't hear anything about any presence of trauma, contusions around the neck that would’ve been present if in fact the person was strangled. Sometimes you could see the fingers and the hands on the neck,” he explained.

Epstein, 66, was found dead in his cell in the federal Metropolitan Correctional Center on Saturday.

Attorney General William Barr, described his death as an “apparent suicide,” but the city’s chief medical examiner, Barbara Sampson, listed the cause of his death as pending.

In a statement Sampson said all information must be synthesized to determine the cause and manner of death. No single finding can be evaluated in a vacuum.

The Bureau of Prisons has temporarily reassigned the Metropolitan Correctional Center's warden and the two guards assigned to Epstein's unit have been placed on administrative leave.