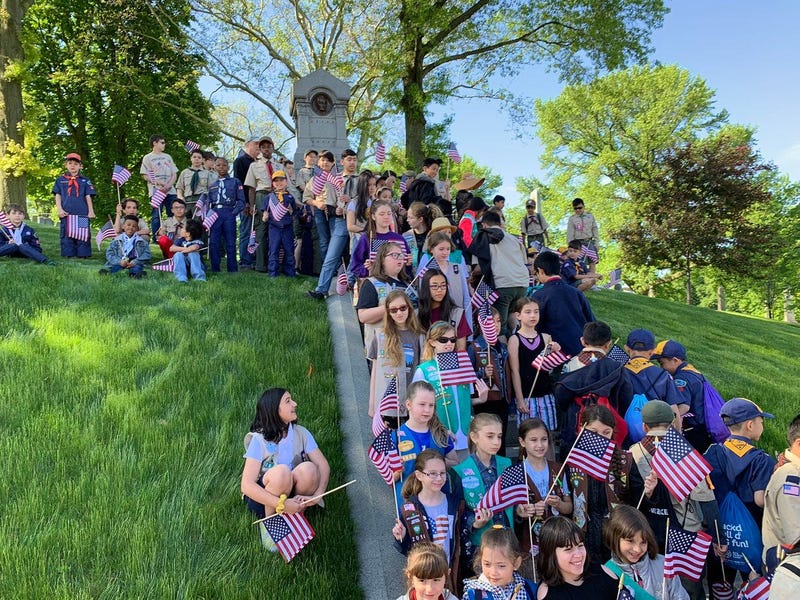 Scout troops unfolded huge maps that would lead them to the graves of fallen soldiers in the sprawling cemetery.

Then all 75 of the young volunteers went to each headstone, placing a flag in the ground.

Kimber VanRy is one of the Scoutmasters leading the charge. 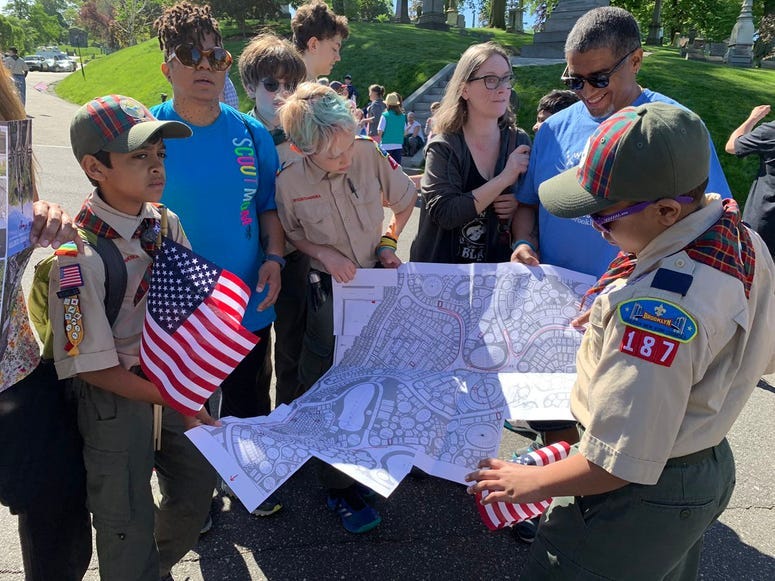 VanRy says it ties into a lot of what they try to impart on the scouts.

“We always teach an appreciation for American history and how they fit into that ongoing tradition of what it is to be an American,” he said.

Girl Scout Elsie knows there’s more to the holiday that just a day off from school.

“I think it’s really cool,” she said. “You can realize what it actually means to come here and remember them.”

Boy Scout Zach said he feels this is an important way to give back to the community and exercise good citizenship.

“This is a person who died for our country and it’s the least I can do to try to help give recognition to that person,” he said.

In all, staff say there are more than 10,000 veterans interred at the cemetery, with about half of them serving in the Civil War.