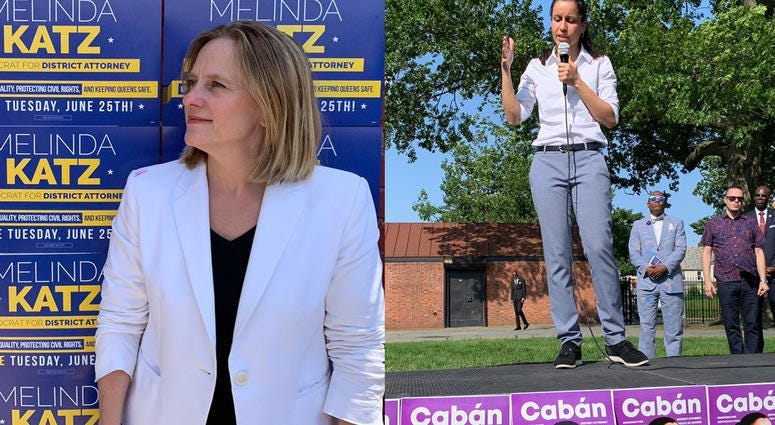 NEW YORK (WCBS 880) — After a long primary process that included a recount and a court battle, the Democratic Primary for Queens District Attorney ended Tuesday when Tiffany Cabán conceded to Melinda Katz.

The Queens DA Democratic candidate on Wednesday said her race against Cabán resulted in just about the longest election day ever.

At a long delayed victory press conference outside Queens Borough Hall, Katz was asked what she would say to Cabán’s supporters, some of whom are doubtful she will live up to some of the more progressive proposals made during the primary.

To that, she responded: “The time for rhetoric is done. We need to get working, reform the office, get the justice reforms in place and make sure that we keep our family safe here in the borough of Queens.”

Caban's lawyer, Jerry Goldfeder, asked the courts to review ballots tossed aside by the Board of Elections and consider votes that have never been counted after Katz was declared the winner by just 60 votes.

Judge John Ingram decided to review 28 of them, but Katz was still determined to be victorious.

Katz now will face republican candidate Attorney Daniel Kogan. She is expected to be a prohibitive favorite to win in deep blue Queens.