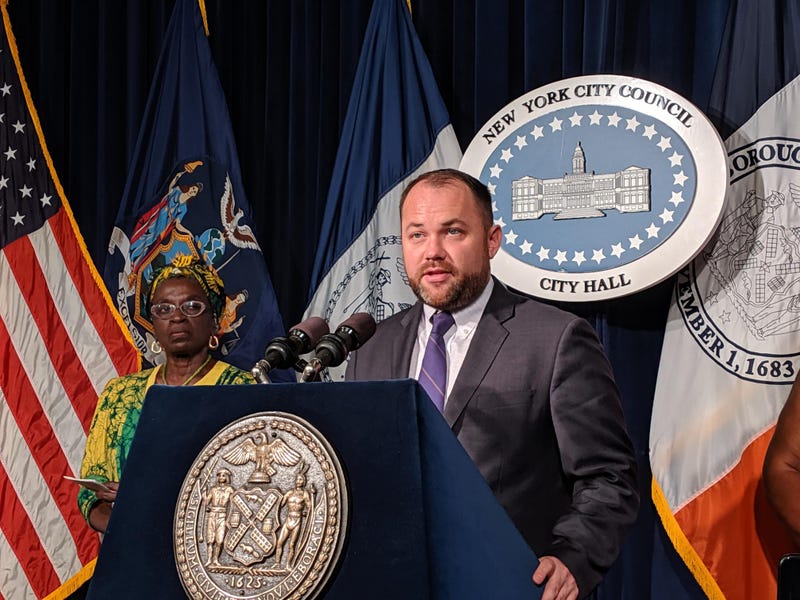 NEW YORK (WCBS 880) — The City Council is planning on repealing a law that places a ban on conversion therapy aimed at turning gay people straight, to avoid a court battle that could eventually set a nationwide precedent.

City Council Speaker Corey Johnson, who is gay, says the decision to repeal the ban on the controversial therapy practice was painful as he considers the practice “inhumane.”

“I really struggle with it because I don't want to look like we were retreating in the face of an organization that brought this lawsuit –that has been deemed a hate group by the Southern Poverty Law Center,” he said Thursday.

Alliance Defending Freedom, an Arizona-based anti-LGBTQ Christian group, filed a lawsuit against the city in January, challenging the constitutionality of the therapy ban.

Several pro-LGBTQ groups then reached out to the City Council to express concerns that the lawsuit would end up before the right-leaning U.S. Supreme Court and potentially set up a nationwide precedent that would legally allow conversion therapy across the country.

“The courts have changed considerably over the last few years, and we cannot count on them to rule in favor of much-needed protections for the LGBTQ community,” Johnson said in a statement.

A state law that bans conversion therapy for minors all throughout the state provides the legal cover for the City Council to go through with repealing their own ban.