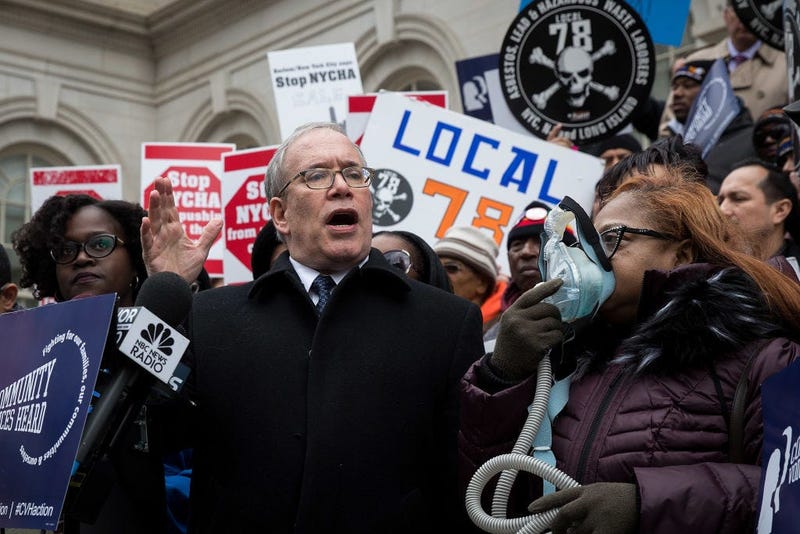 NEW YORK (WCBS 880) — Comptroller Scott Stringer announced Friday that he will be looking into a city program that has spent nearly $1 billion without any details.

As WCBs 880’s Rich Lamb reports, first lady Chirlane McCray’s “Thrive” metal health initiative meant to help the mentally ill has spent $850 million over the past four years. Though, data on what the program has accomplished is hard to find.

The program is slated to spend another $1 billion over the next four years, but before that happens, Stringer wants to see results.

“I’ve had concerns about the lack of transparency in the Thrive program, this morning I sent a letter to Mayor de Blasio asking for a trove of information,” he said.

Stringer wants updates on all of the programs, how much was spent for what and how many New Yorkers have sought and received assistance.

He's also asking what the metrics are for measuring the success of mental health consultations.

McCray issued a statement Friday saying she is welcoming Stringer’s “hard look” at her program.

“Experts in behavioral health and health policy professionals have recognized Thrive as the most comprehensive mental health plan of any city in the nation,” she wrote. “There is far too little understanding out there about mental health conditions and treatments. It is my hope that this examination will encourage elected officials like the Comptroller to take our Mental Health First Aid course and take time to learn more about this area of health that has been so sorely neglected.”

She adds: “Perhaps now we can go beyond political posturing and lip service, and have the kind of public conversation our city must have to promote the mental health of our children and families.”