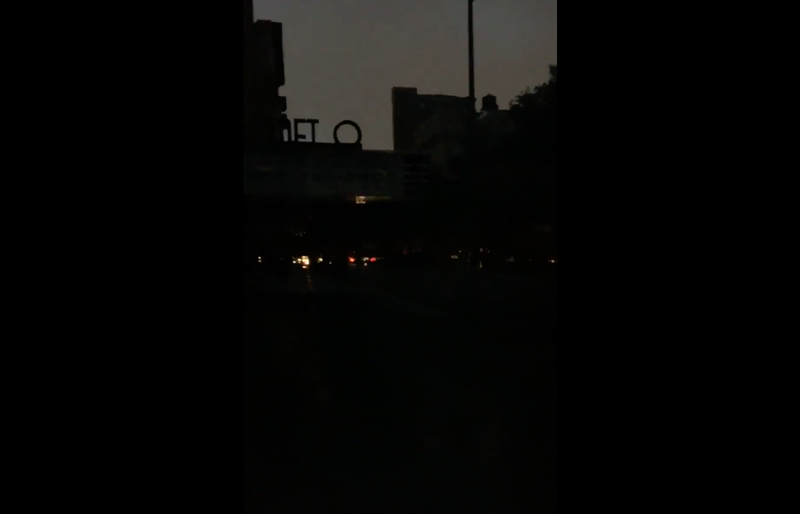 NEW YORK (WCBS 880) – Power was restored to Upper Manhattan on Friday morning after a brief outage put a swath of neighborhoods in the dark, officials said. Another large outage was reported in Queens about an hour later as tens of thousands of other customers remained without power across the city in the wake of Isaias.

The first power outage began around 5:15 a.m., affecting the Upper East Side, Upper West Side, Harlem and Hamilton Heights.

"All the lights just went out in the whole building and the whole block," said Henry Rivera, a doorman on the Upper West Side.

Upper East Side resident Steve Friend said he woke up when he didn't his air conditioning.

"I looked out the windows and there are no lights in any buildings," Friend said. "I looked outside and it's totally black on the Upper East Side except for some emergency lights over at Sloan Kettering."

Mayor Bill de Blasio said later in the day that a lightning strike was the cause of the outage.

A recent lightning strike in Manhattan caused a power outage for 108,000 customers. All power has now been restored.