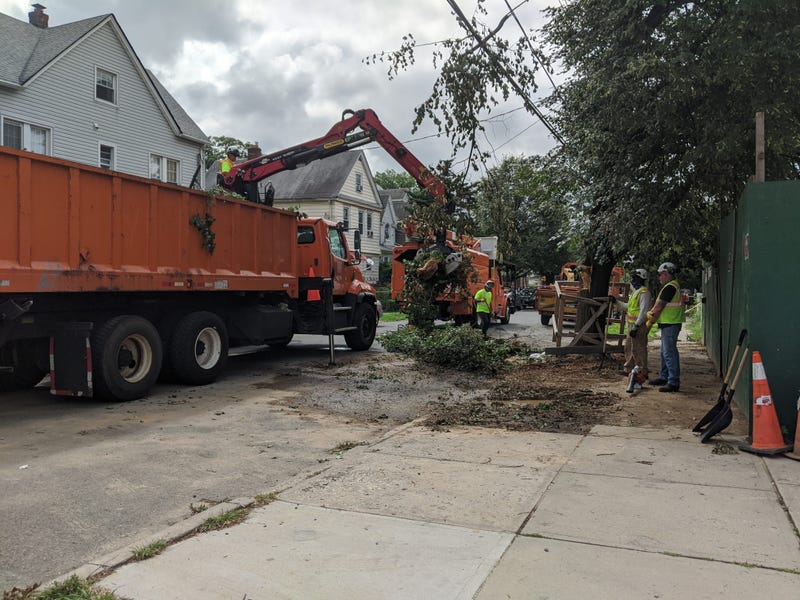 NEW YORK (WCBS 880) – NYC Emergency Management said Saturday that Con Edison was working to restore power to most customers in the five boroughs still without electricity from Tropical Storm Isaias by the end of the weekend.

There were still over 30,000 customers without power across the city Saturday, four days after Tropical Storm Isaias hit Tuesday. Con Ed said crews have restored electric service to more than 270,000 customers in the tri-state this week.

Deputy Mayor for Operations Anglin and I are touring the boroughs today to check in on the progress to clear trees and restore power. We just surveyed the work going on in #Flushing. pic.twitter.com/DnUz3fudyR

Meanwhile, the city is continuing to clean up hundreds of downed trees left in the wake of the storm.

She said the priority for the agency was removing trees from Queens neighborhoods like Flushing, Bayside, Astoria and Woodside.

“We’ve brought crews in ahead of time to make sure that we were prepared for the response,” Criswell said. “We did have more trees down, I think, than we probably anticipated, and so we brought in immediately some extra crew to help facilitate removing these trees.”

More than 700,000 homes and businesses in the tri-state area were still without electricity Saturday morning as utilities continued trying to get the lights on after Isaias.

Tuesday's storm dealt the region a surprisingly sharp blow, killing at least one person, downing trees, halting commuter trains and initially knocking out power to more than 2.5 million customers. A customer can be a single home or a skyscraper, sometimes even an entire apartment complex.

Power companies called Isaias one of the biggest outage producers in recent years. Con Edison said Saturday that crews are rebuilding entire sections of the overhead wire system in some places.

The company said over 1,700 of its workers were in the field, with 1,200 reinforcements from other companies and contractors and another 320 due to arrive Sunday.

Some of the region's elected officials have blasted the utilities' preparedness and response, with New York and Connecticut launching investigations.