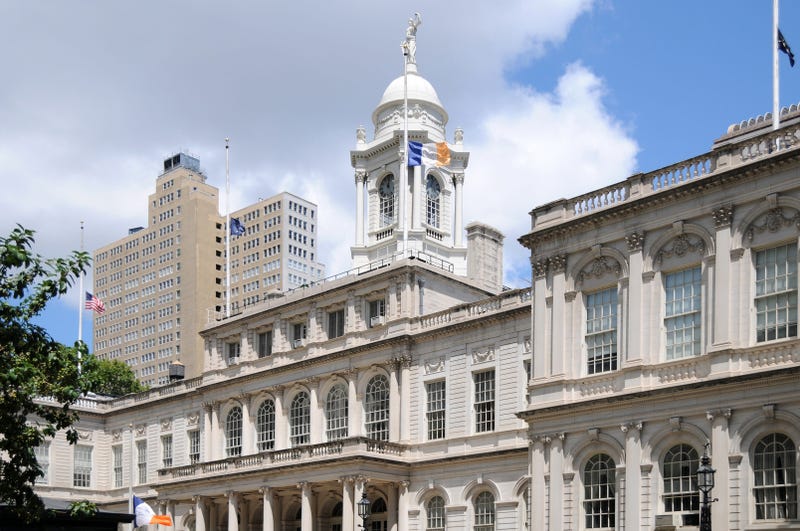 NEW YORK (WCBS 880) – The Mayor’s Office is reviewing a request by City Council members to have a century-old statue of Thomas Jefferson removed from City Hall.

Speaker Corey Johnson and leaders of the Council’s Black, Latino and Asian Caucus wrote a letter to Mayor Bill de Blasio asking that the Public Design Commission remove the 1883 statue of the third president from the City Council chambers, calling it “inappropriate” and “a constant reminder of the injustices that have plagued communities of color since the inception of our country.”

According to the Daily News, the members wrote that “Jefferson is America’s most noted slaveholder, a man who owned more than 600 Black women and men and a scholar who maintained that Blacks were inferior to whites.”

The letter continues: “The City Council Chambers is a place where we vote on bills to improve the lives of all New Yorkers and build a more fair and just city. It is not a suitable place for a statue of Thomas Jefferson. Keeping it in City Hall sends a terrible message to the people who are counting on us to work towards a more equitable New York City.”

Following an announcement Friday of the formation of a Racial Justice and Reconciliation Commission, Mayor Bill de Blasio said, "This is exactly the kind of thing that this new commission needs to examine."

"We've gotta look at all of our history. To say the least that's a huge undertaking that will happen in stages. But I think it is the time to evaluate the entire look and feel of this city and a commission that's focused on justice and reconciliation can really think about a bigger approach to address our history in a constructive way and I'm going to charge them with that task," the mayor said.

The move comes amid calls across the country in recent weeks to remove statues honoring Confederate leaders and former slaveowners.

Other members slammed the proposal, arguing it was erasing history.

“I was totally appalled when I heard that, and ashamed to be a Council member in that moment. At this point, you can go after any historical figure it seems,” Councilman Robert Holden said, according to the New York Post.

“Someone should explain to me which civilization that banned or destroyed art has ever been considered liberal and progressive,” Councilman Joe Borelli said. “ISIS? The Communists? The Jacobins? Henry VIII? Who, tell me.”

Deputy Mayor Phil Thompson, co-chair of the commission, said, "Part of what we have to do is not just tear down statues, but construct new ones."

For instance, Thompson said the city needs a statue of the Polish patriot Tadeusz Kościuszko, who not only supported the American Revolution, but also opposed slavery.