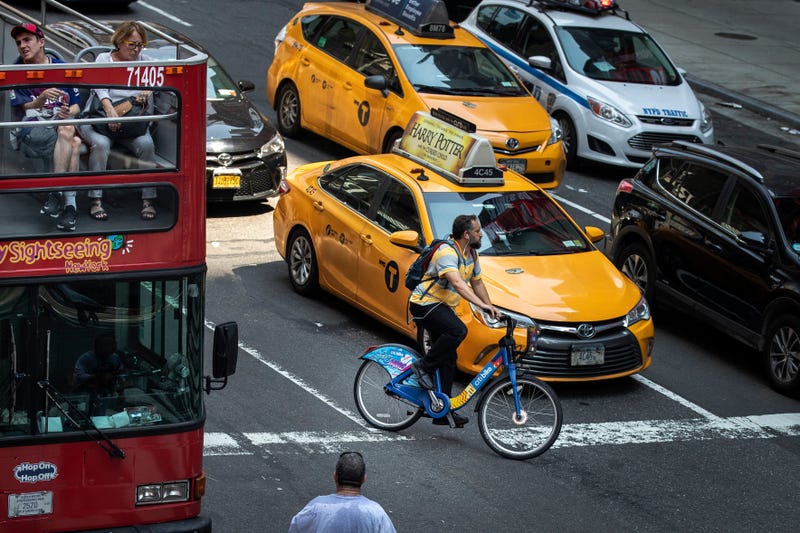 NEW YORK (WCBS 880) – A city councilman says there’s a lack of resources to investigate and prosecute hit-and-run crashes in New York City each year, and he’s calling on the NYPD to double its numbers as the streets become more deadly by the day.

“The city has failed.” Those were the words of City Councilmember Ydanis Rodriguez as he watched traffic speed by on Conduit Avenue in East New York, where a pedestrian was run over by a hit-and-run driver early Sunday morning.

Rodriguez, the chairman of the council’s Transportation Committee, says most metrics show New York streets are getting less safe.

“The number going higher when it comes to hit-and-runs; when it comes to double the number of cyclists being killed,” he said. “There’s a lack of resources to arrest and prosecutor all those criminal drivers who leave the scene.”

Rodriguez says there are about 26 investigators examining some 42,000 hit-and-run cases every year in the city.

He's calling for the city to double its resources to investigate hit-and-runs and to make a more concerted effort overall to redesign streets to prioritize pedestrians and bicyclists over car drivers.

The hit-and-run crash in East New York left a 47-year-old man in critical condition. Police have yet to find the driver of the black Nissan Murano, but the incident and others are leading to more calls for change.

Seventy-nine pedestrians have been killed in the city so far this year, up 16 percent from 2018, according to Streets Blog NYC.

On Saturday, a 14-year-old boy on a bike was killed by a dump truck in Long Island City, marking the 21st bicycle death this year. The dump truck driver stayed at the scene and has not been charged.

“It’s always a matter of time,” Rodriguez said. “We don’t know when the next person will be killed.”