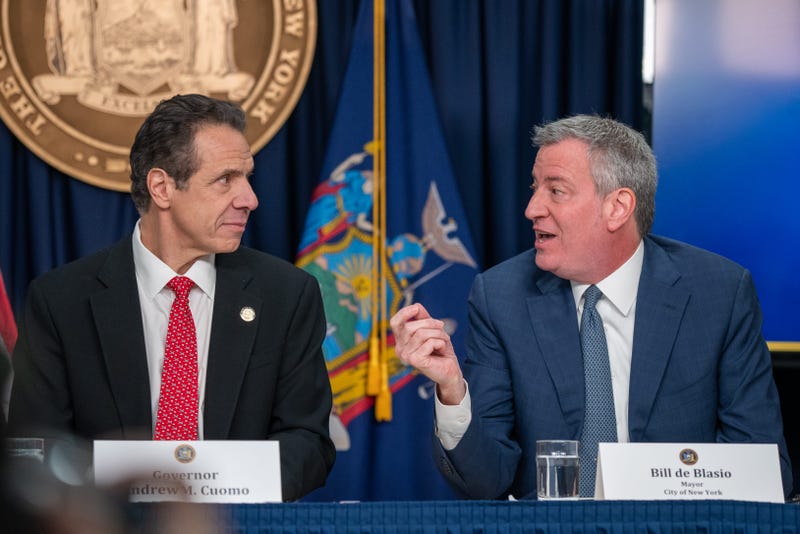 De Blasio responded to the governor in an interview Friday after Cuomo said Thursday that the city wasn’t doing enough to reinvent and modernize the NYPD.

“Step up and lead, 146 jurisdictions are doing it,” Cuomo said. “Why isn't New York City doing it?”

“On behalf of everybody who lives in New York City, it's wholly unacceptable,” the governor said.

On “The Brian Lehrer Show” Friday, de Blasio responded: “Look, if he wants to make personal attacks, he can do that, but he does not have his facts straight.”

The mayor said the city has made a lot of progress in police reform, including implementing de-escalation and implicit bias training, decreasing arrests and lowering mass incarceration levels.

“Seven years of nonstop reform, and it’s time we have an honest conversation about this and stop these games,” de Blasio said.

The back-and-forth follows Cuomo’s June executive order demanding all municipalities in the state make changes to their policing by next April or lose funding.

It also comes as the latest NYPD crime statistics show the number of shooting victims is up more than 100% in the city since last year.

Richard Azzopardi, senior advisor to the governor, responded to de Blasio in a statement to CBS New York: “The Executive Order mandates a process of engagement between the community, the City Council and the police department to re-imagine public safety in a way that works for all. Past actions have not addressed the fundamental relationship issue. One hundred-forty-six communities have already started this process and no other place needs it more than New York City—get everyone at the table and get to work.”