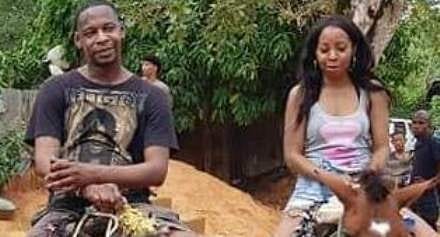 NEW YORK (WCBS 880) — Police in the Dominican Republic believe they have found the bodies of a missing couple from Mount Vernon.

A man’s body was spotted by a fisherman in a submerged car off the Las Americas highway.

A woman, who was found unconscious nearby, died at a local hospital on April 4.

Reports say the couple may be the victims of a tragic accident on their way to the airport for their flight home.

Police will use fingerprints as part of the effort to determine positive identification.

Moore and Ravanelle disappeared March 27 after they checked out of their resort hotel.

The two never made it to the airport.

Moore has two children and is a mailman, a friend told the Post. Ravenelle reportedly has three children as well.