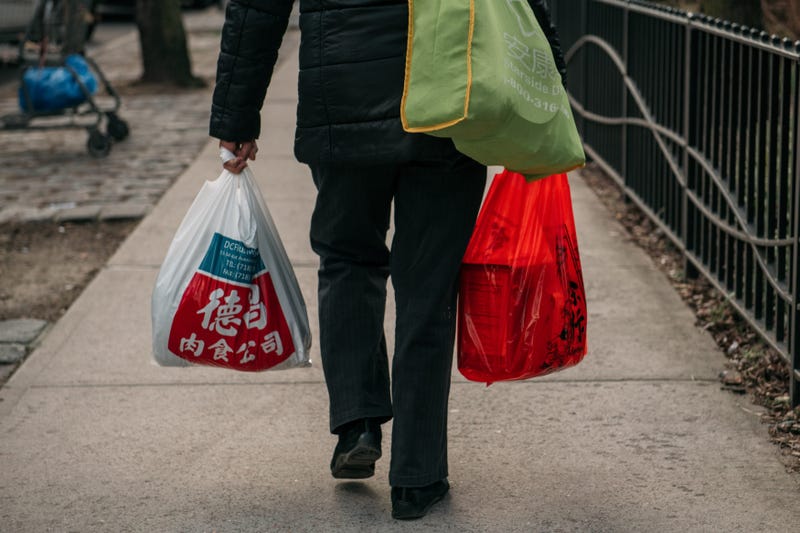 NEW YORK (WCBS 880) – New York state will start enforcing the ban on single-use plastic bags starting next month—about a year and a half after it was first put on the books.

The ban was supposed to take effect on March 1, but a court challenge put that on hold—and the pandemic put the courts on hold.

Single-use plastic bags will be banned across the state starting Oct. 19.

“They'll see fewer bags littering our neighborhoods, getting into rivers, getting up in the trees,” she said.

A first violation of the ban will get a business a warning. Fines for subsequent violations start at $250.

“I think New Yorkers will easily transition to using reusable bags. It's not rocket science,” Enck said. “It’s like the seatbelt law. You know, lots of people said, ‘people won’t wear seatbelts.’ Now we all do.”

New Jersey is looking to take similar steps. A bill that passed a state Assembly committee would ban single-use plastic and paper bags.

And New York environmental advocates have the next big bill in their sights already.

“The next step is plastic straws. There is legislation in the New York state Legislature and the New York City Council,” Enck said.