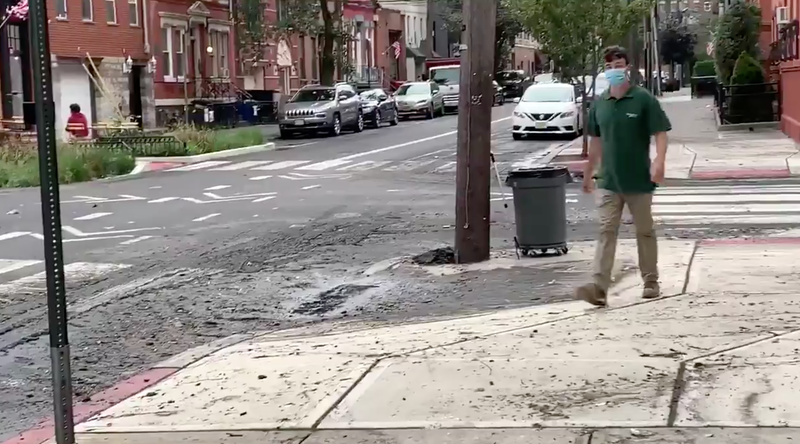 HOBOKEN (WCBS 880) – Some streets in Hoboken were flooded again as storms pounded the Tri-State with heavy rain and winds on Wednesday night, leaving residents to clean up Thursday morning.

Videos online showed major flooding on the city's streets throughout the evening.

Next big purchase will be a kayak #Hoboken pic.twitter.com/x2hyFBYiRd

@RaviBhalla @CityofHoboken mayor 2 weeks ago you said that storm was a 50 year storm (2% chance of happening every year). This storm was even worse 2 weeks later. How about Hoboken actually spends the money to fix the storm & sewer systems. #hoboken #nj #flooding @thehobokengirl pic.twitter.com/x00hxyTKPw

One resident said the flash flooding came out of nowhere, with little warning.

“You don’t know how bad it’s going to be, and last night those storms came on in a minute, so it’s like what can you even do?” she said.

Another resident said cars were submerged by the floodwaters.

“People who work at the hospital, they were finishing their shift. They come back and their car’s kind of flooded,” he said. “That’s kind of tough—you work a 12-hour shift and then have to deal with that.”

On Thursday morning, one woman was using a Shop-Vac to get water out of her car. Nearby, employees at a hardware store on Clinton Street were using a power washer to clean smelly, debris-filled mud left on streets and sidewalks.

A rain garden designed to mitigate flooding on the corner of Clinton and 2nd streets was no match for the floodwater.

Mayor Ravi Bhalla said flood mitigation measures taken after Sandy are working to reduce major damage. But flooding is inevitable, especially in the western part of the city, which was built on tidal wetlands below sea level.