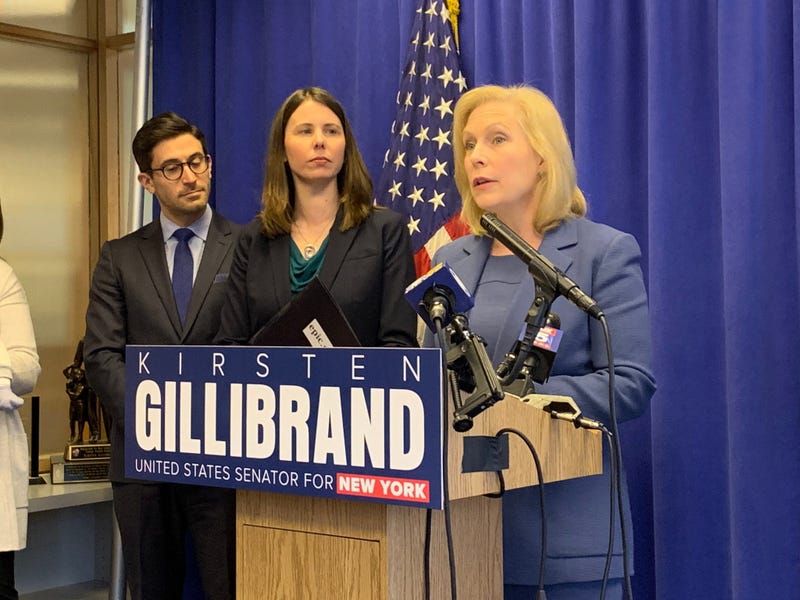 NEW YORK (WCBS 880) – A new agency to protect Americans’ data and privacy is being proposed by Sen. Kirsten Gillibrand.

Right now all online data collection and privacy measures are overseen by the Federal Trade Commission. Gillibrand said the FTC is not at all up to the task as it can’t make its own rules and can only issue limited fines.

“They don’t seem to care about it as part of their mission,” Gillibrand said at her Midtown office Sunday.

.@SenGillibrand is filing a bill to create a new agency tasked with protecting Americans’ online data and privacy. She says the FTC doesn’t seem care about it @wcbs880 pic.twitter.com/3n4Yp5apJ2

She said she worries about her two sons, who download games.

“What kind of access is being given to these app companies,” she said, adding that the companies could have her kids’ contacts, calendars and even locations.

Now the senator is filing a bill to create a new agency, what she’s calling the DPA—Data Protection Agency. She said every other industrial nation in the country has something like it.

“The DPA would serve as the referee to define, arbitrate and reinforce rules to defend the protection of our personal data,” Gillibrand said.

After scandals and breaches like Cambridge Analytica and Equifax, Gillibrand said the agency is needed now more than ever.

“Americans should be able to go to an institution that will protect their privacy and freedom,” she said.