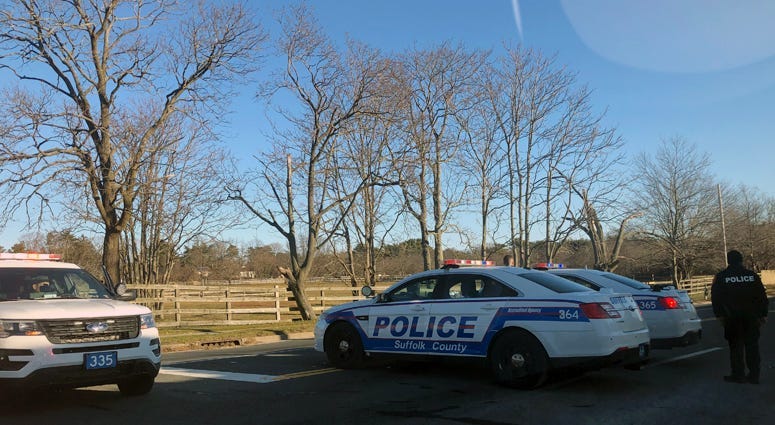 BRENTWOOD, N.Y. (WCBS 880) – A man was shot and killed by Suffolk County Police in Brentwood on Thursday night after pulling a gun on two officers, authorities say.

The two officers were on patrol when they stopped a vehicle in the parking lot of the Brentwood LIRR station around 10:20 p.m.

Police say the driver of that vehicle took off on foot with a backpack and that the officers chased him down Suffolk Avenue.

The officers deployed a taser on the man near 908 Suffolk Ave., but it was ineffective.

That’s when police say the man pulled a handgun and the officers opened fire, striking him.

The man, who has not been identified, was pronounced dead at the scene.

A handgun was recovered from the scene, according to police.

The officers were not injured.

news
VIDEO: Joe Biden, at the Lincoln Memorial, calls for unity during 'Celebrating America' special
news
Biden to sign virus measures, requires mask use to travel
news
VIDEO: Inaugural poet Amanda Gorman reveals what she told herself before reciting poem
music
‘This Is Us’ delays new episodes after COVID surge causes production setbacks
news
10 podcasts to keep you up-to-date on US politics
news
For school students, watching the inauguration was a history class in real time