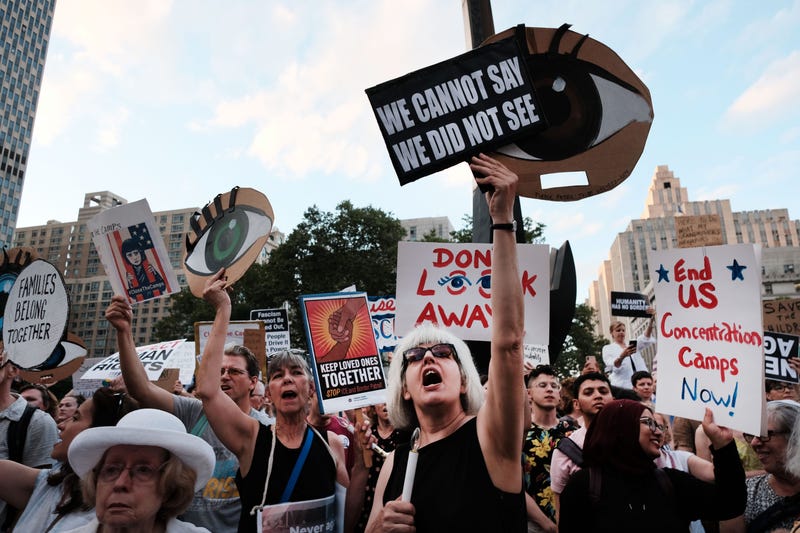 NEW YORK (WCBS 880) – Immigration and Customs Enforcement agents tried to make arrests in New York City on Saturday but were turned away in two boroughs as advocates continue to warn undocumented immigrants about their rights ahead of more raids expected Sunday and in the following days.

The raids are part of President Trump’s announced plan to serve papers on an estimated 2,000 families living in the country illegally.

The federal government promised ICE raids this weekend, and Saturday morning it kept its promise. But advocates say that ICE agents were turned away by families in Manhattan and Brooklyn during those attempted raids.

Cmsr. @bittamostofi joined @NYCSpeakerCoJo at Battery Park #inManhattan for a rally in support of NYC’s immigrant communities. NYers look out for each other & when you’re here, you’re a NYer. Check in on your neighbors, make sure they know their rights: https://t.co/LHejVB04E1 pic.twitter.com/TE5aJGKgeV

The resistance was applauded by advocates who gathered with Mostofi Saturday to denounce an action they see as cruel and unnecessary.

The targets face deportation for entering the country illegally and missing a hearing, but advocates say that many times they never get a notice.

Receiving reports of attempted but reportedly unsuccessful ICE enforcement actions in Sunset Park and Harlem.@NYCImmigrants and advocates are connecting with residents and distributing resources door to door.

Remember: you have rights. Call 311 and say ActionNYC for help. pic.twitter.com/OZwpxlm30d

City Councilman Carlos Menchaca says the city has vowed to fight the raids and has set up a 311 hotline to let people know their rights.

Democrats leaders like Council Speaker Corey Johnson have been advising people to be careful about opening their door. They’re reminding undocumented immigrants that they’re not obliged to answer if ICE agents don’t have authorization signed by a judge.

The arrests in major cities, including New York, are to start Sunday and are being led by ICE agents. Protesters urged people who are targets to hide during sweeps that President Trump said would continue after this weekend.