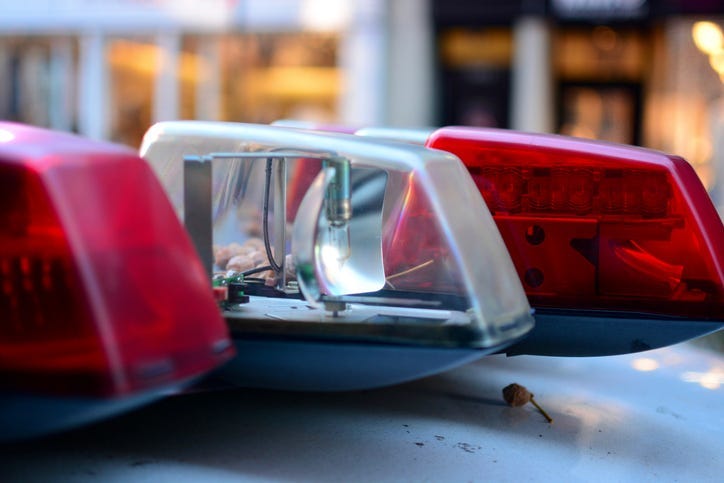 The head of Connecticut’s State Police James Ravell says neither officer switched on his body cam initially, “The cameras are inconsistent with not only state statute, but our post recommended policy and procedure about engaging cameras.”

Hamden officer Devin Eaton responded to an early morning 911 call regarding an armed robbery in a convenience store in Hamden on April 16.

Newly released body camera video gives a dramatic new view from one of two police officers who shot at a car near Yale University in Connecticut. The footage shows the officer firing several shots at the car last week. A woman in the passenger’s seat was injured.@MolaReports. pic.twitter.com/txHy9xEx7z

Sixteen shots were fired, authorities say, 13 by Eaton and three by Pollock.

Although the body cameras were not activated, a recall function provided video as of seconds before Eaton fired his gun.

The video shows a driver exiting his red car, his hands up, following by the officers shooting.

The release of the video comes following protests in New Haven and Hamden.

A 22-year-old woman suffered non-life-threatening injuries when she was shot during a traffic stop on April 16. Police say the officers were responding to a report of an attempted armed robbery. No gun was recovered from the scene.

The driver was not injured. The passenger was hospitalized but her injuries are not expected to be life-threatening.