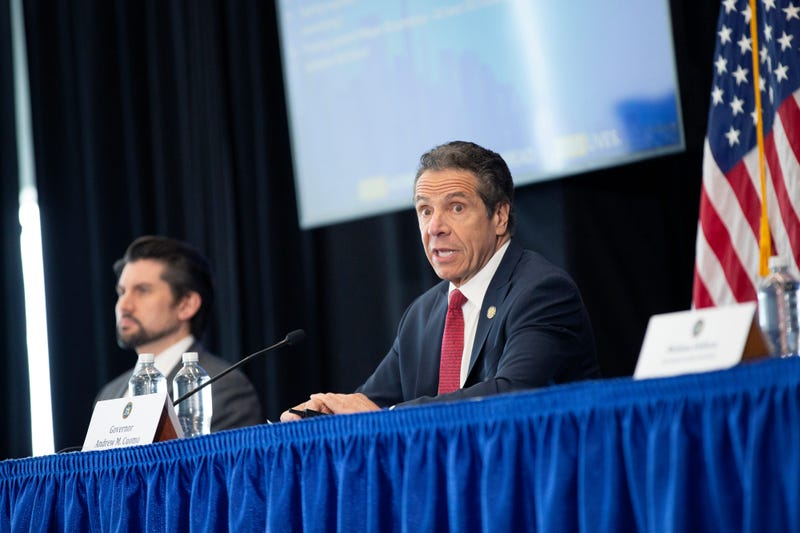 Cuomo said Long Island and the Mid-Hudson regions could begin Phase 1 as long as their number of new deaths continue decreasing and their tracing programs come online.

“If the number of deaths continue to decline, they get their tracing up and online, both regions could reopen,” Cuomo said.

Phase 1 allows construction and manufacturing, as well as retail for in-store or curbside pickup.

Cuomo said the state will allow construction staging to begin in the Mid-Hudson region and Long Island in anticipation of Phase 1 beginning. 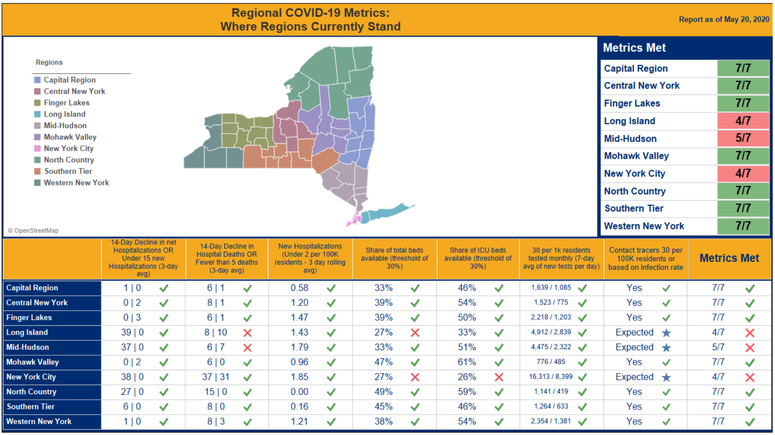 With more bad unemployment numbers coming out of Long Island, Nassau County Executive Laura Curran is happy that the region could reopen next week and begin the reopening process. Phase 2 would come two weeks later if all goes well.

"We have seen the pandemic wreak havoc on our economy, more bad numbers coming in, yesterday we learned that Long Island lost more than 262,000 jobs in April — that's nearly 20 percent of our entire job market here," Curran said, adding that she will fight to get the money needed to rebuild the area. "We're pushing hard for the federal funding we need, state and local aid, in the stimulus bill in Washington. We need it to be robust and we need it to be based on the rate of infection."

Curran is also hoping to roll out antibody testing in Nassau County next week. She said she was disappointed after testing negative for antibodies.

If the two regions begin reopening, that would leave New York City as the only region in the state that hasn't begun Phase 1.

The city is still lagging, although it is making progress. As WCBS 880's Peter Haskell reported, there have been some conflicting messages coming from the governor and the mayor, but Cuomo thinks it's irrelevant.

"The local governments do not have any legal authority to open or reopen. They never have," Cuomo said.

Still, he insists they are both on the same page.

The governor also announced that there were another 109 deaths from Thursday to Friday, bringing the statewide death toll to 23,192.

There were 225 new hospitalizations in the state as of Friday, Cuomo said.

There have been 356,458 total cases statewide since the outbreak began.

The governor said the state is continuing to ramp up its testing. It is launching a new pilot program with 52 independent pharmacies to conduct 7,000 more tests per week. He said that will bring the total number of test sites in the state to 750.

"Our message is very simple: get a test," Cuomo said.

Find out more about getting a test by going to coronavirus.health.ny.gov.

The governor also said the state is working with private banks to launch a $100 million loan fund for small businesses.

"Small businesses are taking a real beating in this situation," Cuomo said. "They are 90 percent of New York's businesses and they're facing the toughest challenges."

The governor said the state will focus on small businesses with 20 or fewer employees and less than $3 million in gross revenue.