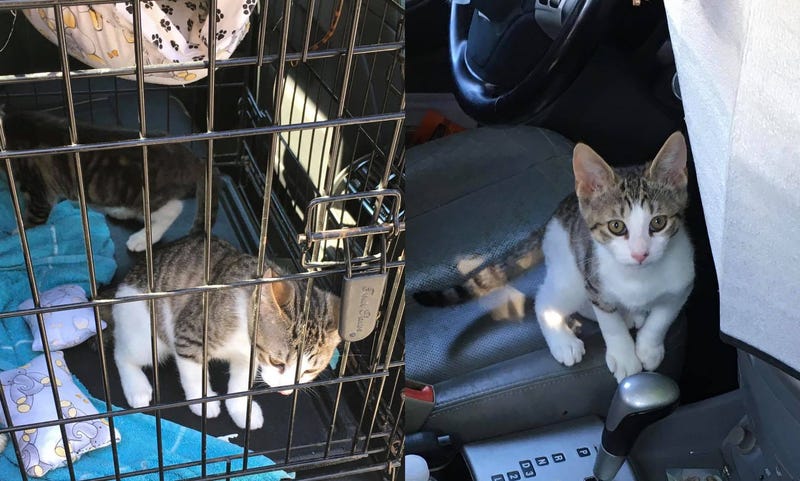 The Suffolk County SPCA says Kimberly McKinley, 23, of Ridge, left the two 8-week-old kittens in his car at the Ronkonkoma station from 2 a.m. Tuesday until they were found seven hours later.

She was charged with confinement of companion animals in a vehicle in extreme temperatures.

"On the morning of July 16, 2019, we received a call from the MTA Police that kittens had been left in a vehicle at the Ronkonkoma Train Station," the SPCA said in a statement. "The temperature outside at the time was 81 degrees F at 9 am in the morning."

The tiny felines were removed from the vehicle and taken to Brookhaven Animal Shelter, according to the SPCA.

Both kittens were not harmed but the organization used the incident as a teaching moment.

“The Suffolk County SPCA has been continuously reminding people that leaving an animal in a car can lead to a tragedy. Many animals left in vehicles unattended have died from complications of exposure,” the agency said. “Animals have a hard time staying cool, leaving them extremely vulnerable to heatstroke and or death. Avoid this unnecessary tragedy.”

McKinley is due in court in September.