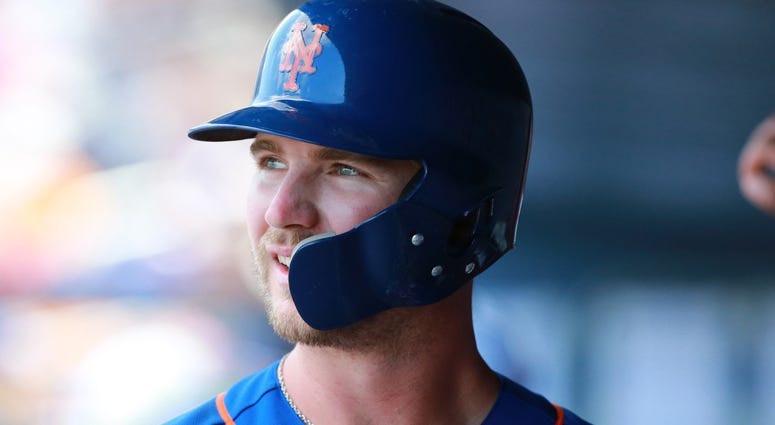 NEW YORK (WCBS 880) — New York Mets first baseman Pete Alonso’s custom cleats made to commemorate the 18th anniversary of the Sept. 11, 2001 terror attacks will be donated to the 9/11 Memorial & Museum.

Alonso ordered a pair of custom cleats for all of his teammates on the anniversary of the attacks after he said he wanted to do something special to honor those who lost their lives.

Another "this is cool" thing: Pete Alonso will donate these Sept. 11 cleats to the 9/11 Memorial & Museum next week in lower Manhattan. pic.twitter.com/y6xi4lnfy7

The cleats, which were not approved by the MLB, featured images of the American flag and paid tribute to New York’s emergency offices. Neither Alonso nor the Mets received a punishment from the MLB for going through with the idea without its permission.

Rather than keep his pair as a personal memory, the 24-year-old will donate them to the museum in lower Manhattan.

The cleats will be gifted to the museum on Oct. 1.