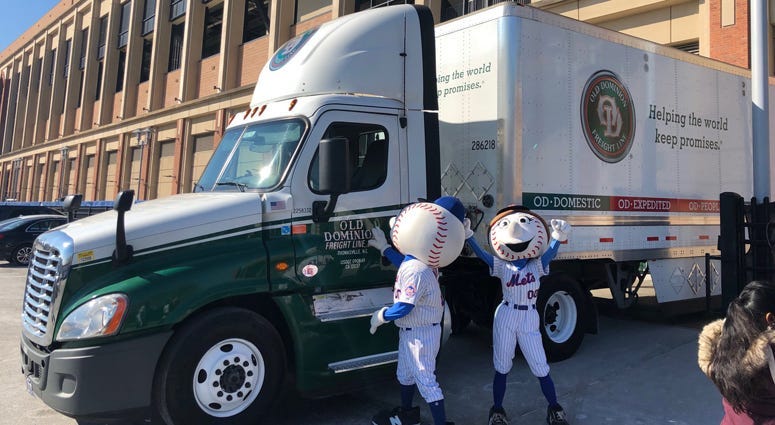 NEW YORK (WCBS 880) -- The Mets got their truck loaded up for spring training at Citi Field on Monday under the watchful eye of their new general manager.

The white and green Old Dominion truck was packed to the top with bags, clothes, equipment and everything else the Mets will need down in Port St. Lucie, Florida ahead of the 2019 season.

General Manager Brodie Van Wagenen, who's about 100 days on the job, is feeling positive and said there's a lot to be excited about.

"We have depth, we've got talent, we've got the ability to combine veterans with young players, we've got leadership and we've got enthusiasm. It's not just me who believes in this team, I think the players really believe in this team and we're excited about that," he said. "I feel really proud about what we've been able to accomplish, not just in terms of the roster moves, but we've built a senior management team with some really talented experienced baseball executives. We've been able to make real investments in the different departemnts and analytics and health and performance."

Mets @GMBVW⁩ here at Citi as the truck gets loaded up for Spring Training. Pitchers & catchers report in less than two weeks. pic.twitter.com/zAoPy32T9G

Van Wagenen said they've also brought in new scouts, retooled their player development and expect to see plenty of competition to get onto the Opening Day roster.

"We have not been quiet about our belief in this team, our players have expressed the same and I don't think the fans should look at this off season any other way other than optimism, hope and belief that we can be a lot better than we were last year and that we can contend with anybody," Van Wagenen said.

That optimism was shared by a handful of fans who were invited for this small send-off.

"Pitching looks good, bullpen looks good, infield all-around, we got players, so I got no complaints on my end here," one fan said.

Another fan said the team could look great on paper but in the end it's often out of your control.

"There's a lot of luck involved you gotta get healthy, stay health, so hopefully, fingers crossed, they have a good season," the fan said.

Pitchers and catchers report in less than two weeks. The first Mets broadcast on WCBS 880 will be Saturday February 23rd at 1pm when the team hosts the Atlanta Braves in Florida.

The Mets officially open up the season on the road in Washington, D.C. March 28 before hosting the Nationals at Citi Field a week later.