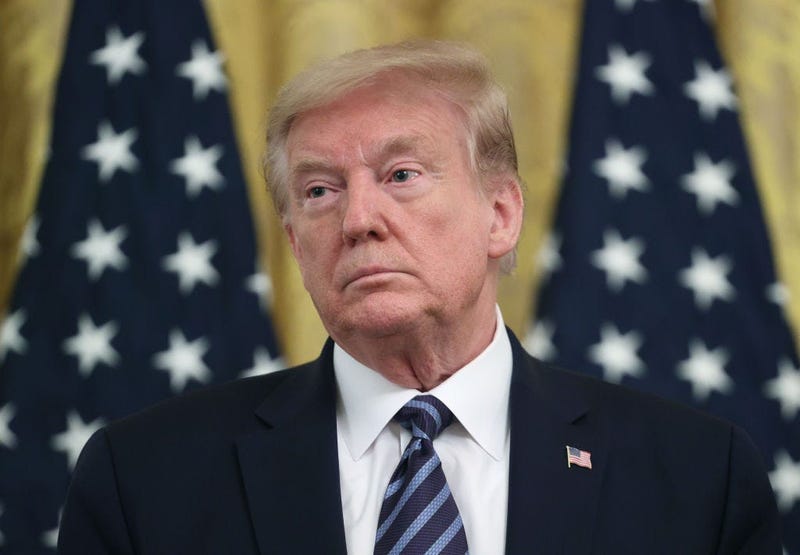 New Jersey Gov. Phil Murphy headed to Washington, D.C. on Thursday to tell President Donald Trump the state will need billions of dollars in assistance to recover from the coronavirus pandemic.

Murphy told the president New Jersey will need $20 to $30 billion to “keep firefighters, teachers, police, EMS, on the payroll serving the communities in their hour of need.”

Speaking at the White House, President Trump called the financial assistance a "tough question" and did not commit to providing the funding. The state has received around $1.8 billion in federal aid so far.

However, the president did tout the number of ventilators the federal government has sent to New Jersey, which has seen its need decline in recent weeks. Murphy even noted New Jersey would be turning some ventilators over to other states.

The president, at the meeting, also praised Gov. Murphy for his handling of the pandemic, especially since New Jersey was among the hardest hit areas. The state had seen a total of 7,228 fatalities on Thursday, with over 118,000 confirmed cases.

“You can’t have a better representative than this man. That I can tell you,” Trump said.

During his daily coronavirus press briefing, Murphy noted that the state of New Jersey 550,000 new COVID-19 test kids and 750,000 swabs from the Trump Administration.

“Having a robust testing program is not just a key thing in the here and now but a key principle for our being able to get back on the road to recovery,” the governor said.

Additionally, the federal government is sending direct shipments of PPE to 358 nursing homes throughout New Jersey. Unlike some Democratic officials, Murphy used his one-on-one meeting as an opportunity to praise the president's response to the coronavirus pandemic.

In a Tweet late Thursday night, the governor vowed to work with Trump to help the state of New Jersey.

Tomorrow, I will visit the @WhiteHouse to meet with President @realDonaldTrump to discuss #COVID19 testing and financial assistance for states.

We will work together to defeat this virus and ensure that New Jersey emerges from this crisis stronger than ever. pic.twitter.com/YFokuhcOb0