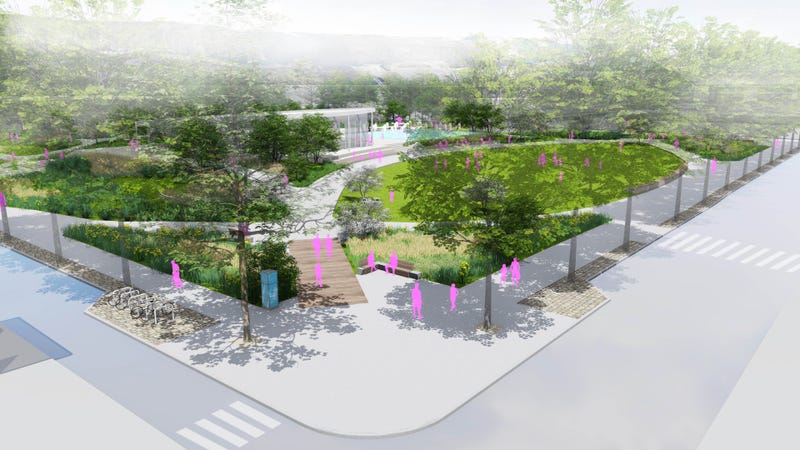 HOBOKEN (WCBS 880) – Hoboken is starting construction on the largest park in its history. The new park is also aimed at combating the city’s flooding problem.

Officials broke ground on the Northwest Resiliency Park Friday. It will include an ice skating rink, outdoor fitness loop and vessels to store up to two million gallons of floodwater.

“What we’re trying to do is use our parks as a defense against flooding by integrating green infrastructure into the design of the park,” Mayor Ravi Bhalla said.

Bhalla describes the park as a national model. It will be the third park of its kind in Hoboken, placed in one of the city’s many acute flooding locations.

“We’re able to design a park that provides amenities for people of all ages and all interests and does so in a manner that also addresses a major challenge we have in the form of flooding,” Bhalla said.