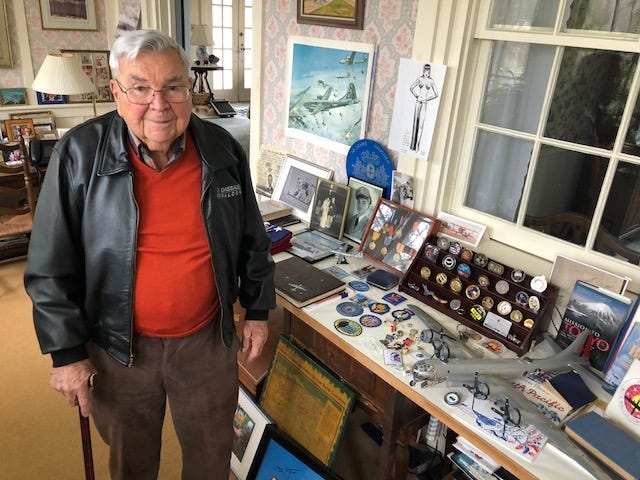 August 14, 2020 08/14/2020 7:40 pm
NEW YORK (WCBS 880) — This week WCBS 880's Sean Adams spoke with members of the Greatest Generation as part of special series to mark the 75th anniversary of the end of World War II.
In the fifth installment, Adams speaks with Bob Vaucher, of Bridgewater, a pilot who had a bird’s-eye view of the end of the war.

Vacuher is a spry 101-years-old veteran.

During the second World War, he served as a B-29 bomber pilot and flew 117 combat missions.

“The longer you survive the more combat you get because they say, ‘This guy's got a lot of experience. We gotta use him for this or that,’” he explains. 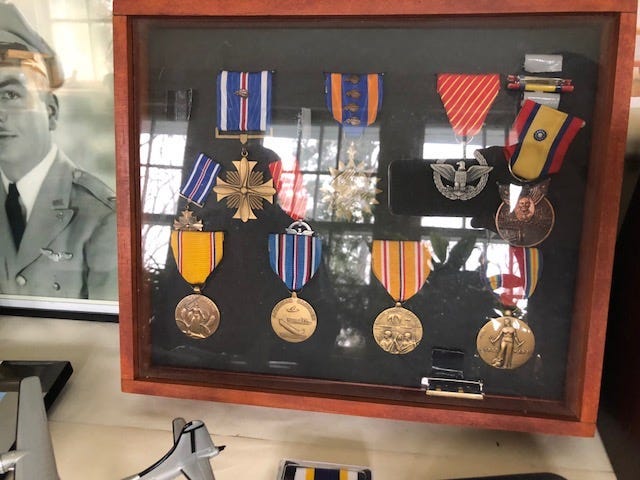 The 101-year-old had many close calls with death, but credits the Marines with saving his life because they were able to capture Iwo Jima – where he needed to make an emergency landing once.

“Because you were in the Pacific, you couldn’t landed here or there. You could parachute out maybe and make your way back,” Vaucher explains. “If they hadn’t taken Iwo Jima, I wouldn’t be here.”

He adds that the day he made the emergency landing, there were 72 B-29 bomber planes that had been riddled with bullets.

“My airplane never flew again, they scrapped it. We counted 400 holes in it and we quit counting,” Vaucher said.

The New Jersey native then got to see an incredible sight: a bird’s-eye view of the official end of the war. He flew in a massive formation over Tokyo Bay when the Japanese surrendered along with 525 other pilots.

“(General Douglas) MacArthur said, ‘What am I gonna do for a show of force?” (General Curits) LeMay said, ‘I’ll put ever serviceable B-29 over Tokyo Bay when you sign it,” he explains.