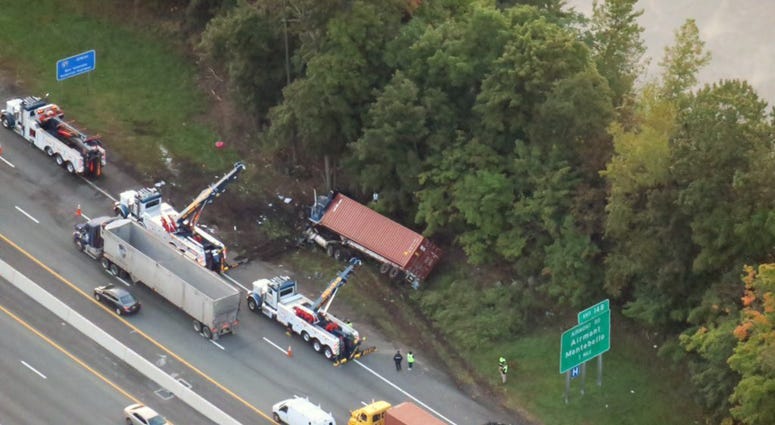 An SUV collided with a tractor trailer around 1:45 a.m. in the southbound lanes in Suffern.