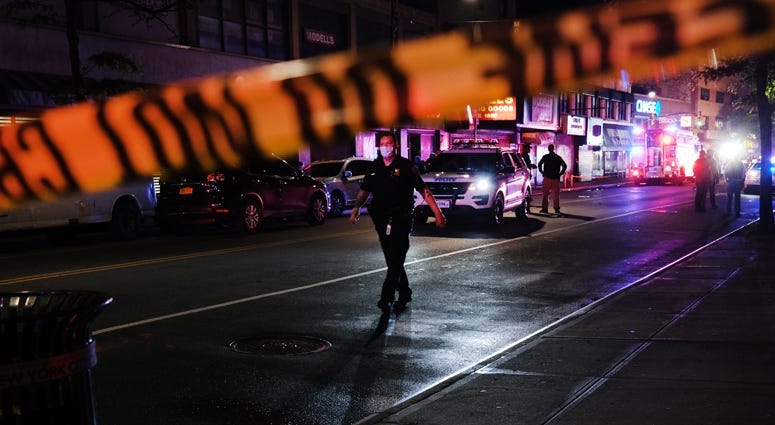 NEW YORK (WCBS 880) — There were 25 shootings over the weekend in the five boroughs, continuing a troubling surge in gun violence in recent weeks in New York City.

There were 35 victims in the more than two dozen incidents over the weekend in New York City, including a 17-year-old athlete who was shot and killed in the Morris Heights section of the Bronx overnight. The teen, identified as Brandon Hendricks, was the star point guard at James Monroe High School. His basketball coach said the teen had graduated from high school just two days ago.

Chief of Department Terence Monahan told John Catsimatidis on 970 AM's "The Cats Roundtable" that the current climate of animosity toward police have emboldened violent criminals and undermined law enforcement.

Monahan said, "The animosity toward police has just been absolutely unbelievable and cops are a little confused right now on what the communities want them to do, how they want their neighborhoods policed."

Over the weekend, when police responded to a report of gun fire in Harlem, an unruly crowd threw bottles at them.

Monahan said the city hasn't seen this level of gun violence since 1996. He blames bail reform for putting too many violent criminals back on the streets.

He's also asking the City Council to modify the chokehold ban because he believes the limits go too far and ultimately will put police officers at risk.

"We approached them and told them that we needed to have a minor change in the way that law was written so police officers could still do their jo safely without having to worry about fighting with the subject and being arrested for a criminal act," Monahan said.