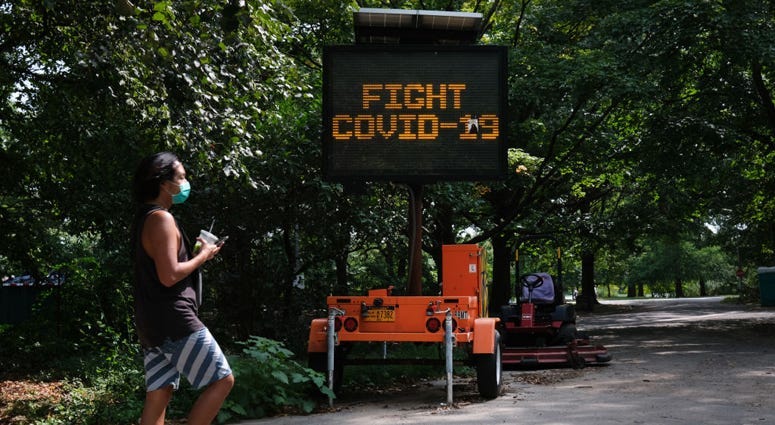 NEW YORK (WCBS 880) — The city's health department is taking action after detecting COVID-19 upticks in a several neighborhoods across Queens and Brooklyn, including communities with large Orthodox Jewish populations.

Cases have tripled there since early August, with the positive test rate approaching 5% in those neighborhoods.

Other concerning upticks have also been reported in Far Rockaway, where the positive text rate is above 3.5%, as well as Kew Gardens and Williamsburg, where the rate is about 2%.

"We're seeing a serious uptick in multiple neighborhoods simultaneously and it's something we have to address with a very aggressive public health effort right away," de Blasio said.

The city has taken immediate steps to prevent the clusters from becoming larger outbreaks.

“We need a lot of cooperation from all the neighborhoods involved, but I want to be very clear this is something that requires urgent action,” de Blasio said.

Dr. Mitch Katz, President and Chief Executive Officer of NYC Health + Hospitals, said they've launched an all-out effort. He says there's been 200,000 robo calls and those soon will be made in English and Yiddish.

The mayor noted two yeshivas have already been closed.

"We will look at each and every gathering place, if there is a place that violates the state rules and the city rules, of course that has to be addressed and if someplace some place has to be shut down it will be," de Blasio said.

Katz said officials are keeping a sharp eye out for large banquets which he underscored are a huge problem for COVID transmission.

The mayor noted the Sheriff's Department and the NYPD will be cracking down on large gatherings.

The news comes a day after health commissioner Dr. Dave Chokshi announced the department is unleashing its hyperlocal approach to address the spike.

Join me at City Hall with the latest updates. https://t.co/lchWE5JNNB