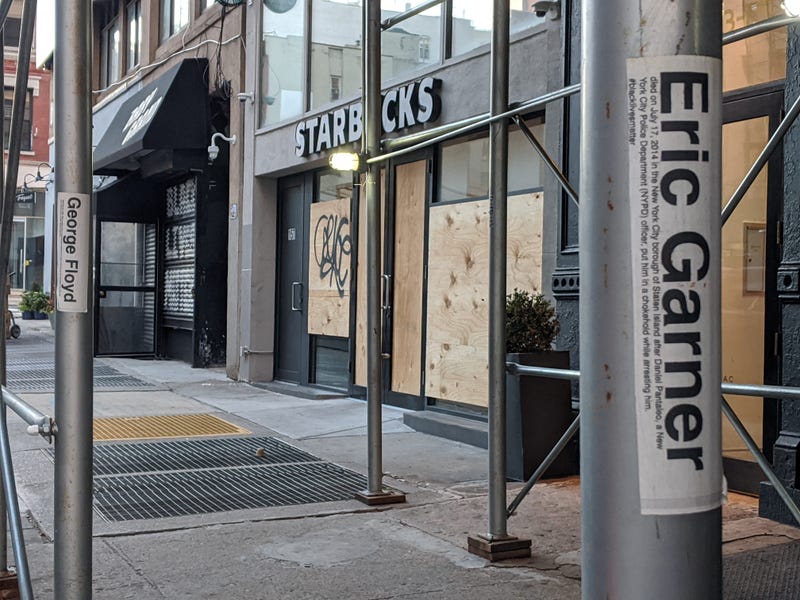 NEW YORK (WCBS 880) — Eight people were arrested for damaging stores in Manhattan during a protest Friday night, the NYPD said.

A group that broke off from a larger protest smashed windows at eight businesses in lower Manhattan, including a Starbucks on Lafayette Street, police said.

Eight people were subsequently arrested on charges ranging from rioting to possession of a graffiti instrument, the NYPD said. The Starbucks opened for business Saturday morning, but its windows were boarded up.

Prude died on March 30, seven days after police officers handcuffed him, put a spit hood over his head and pressed his face into the pavement during an arrest.

His death was ruled a homicide caused by “complications of asphyxia in the setting of physical restraint.”